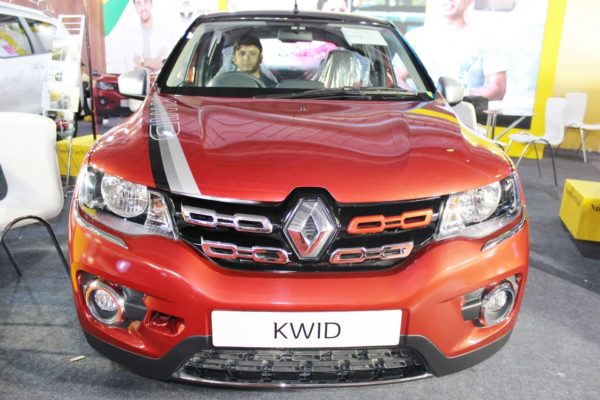 Accessorised Kwid showcased at the show is based on the 1.0 AMT RXT.

Renault showcased an accessorised version of the hostelling Kwid hatchback at the 2017 Surat International Auto Expo. 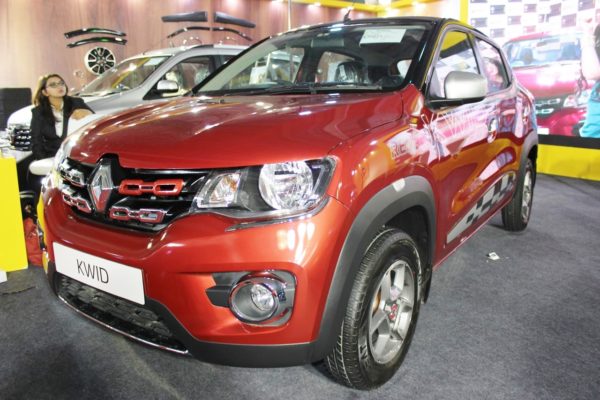 The accessories seemed to borrowed from the Kwid Live For More Edition which gets red contrast stitching on the steering wheel, red color deco strip on inside on door trim and Red & Black fabric seats.

The Kwid is avaialble in 2 engine options 800cc which produces 53bhp/72Nm while the 1.0-litre unit produces 67bhp/91Nm. The 1.0 is also available with a five-speed AMT.

The Kwid AMT was launched in November which is powered by one litre Smart Control Efficiency (SCe) engine which deliver 68PS of maximum power and peak torque of 91Nm@4,250rpm. The Kwid AMT has a fuel efficiency of 24.04  kmpl. 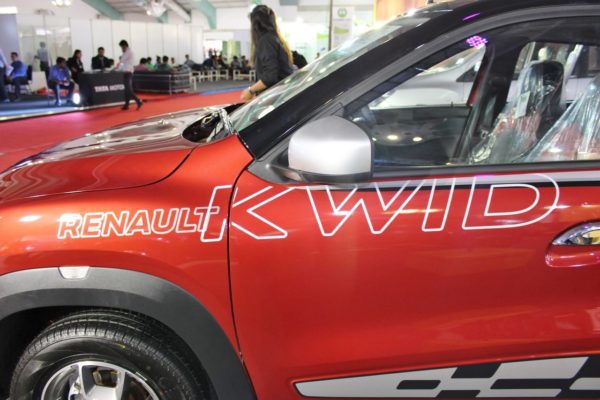 The Renault Kwid has been the best-selling model for the French car maker and has been selling over 10,000 units for the last 4-5 months.

To celebrate the first anniversary of the “Make-in-India” KWID, Renault embarked on a historic drive from Delhi to Paris. During this one-of-its- kind drive, Renault KWID travelled through 13 countries covering 18,996 kms and passing through extreme climatic conditions.

Renault Kwid 1.0 AMT to be launched today. Renault will be launching the Kwid 1.0 AMT (Automated Manual Transmission) variant today in the Indian market. This is the 3rd and will be powered by 1.0 […]

After tasting good success with the Duster, Renault is working on its next big model for the Indian market which will help the French car maker gain more volumes. Renault had announced their plans to […]