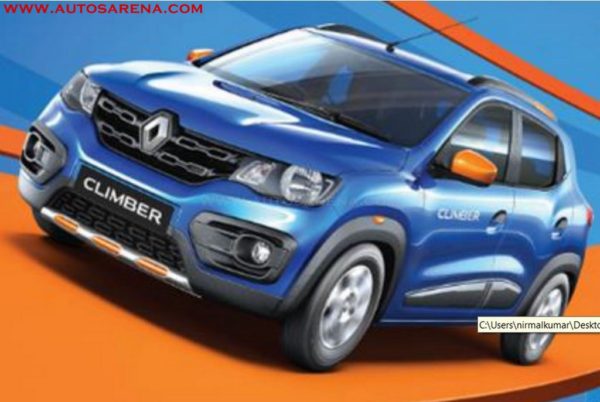 Renault will be launching the Kwid Climber in this month (March 2017).

The launch is expected to happen very soon and the company has started dealer training for the sales staff.

Renault showcased the Kwid Climber concept at the 2016 Auto Expo along with Racer concept. The Climber concept is based on the 1.0 Kwid variant and will come with 17 new features in addition to the standard features. 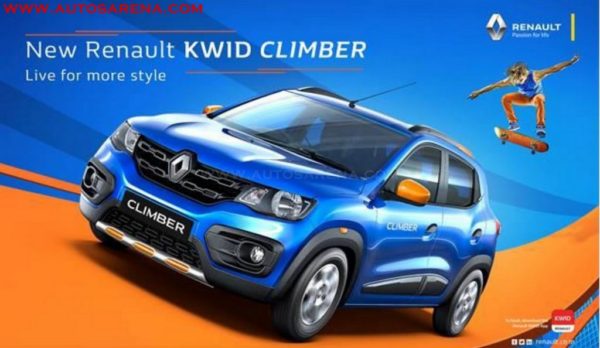 The new features to be offered on the Kwid Climber included a front bumper with faux skid plate and orange inserts, black cladding around the fog lamps giving the Kwid a distinctive look, ORVMs painted in Orange, Roof rails with orange inserts and alloy wheels sum-up the changes on outside. A new blue paint which was seen on the Racer concept will be offered.

On the inside the car Climber comes with orange elements on the gear lever, centre console and door panels. The seats are black with Climber stitching on the head rests and orange trim on the sides of the seat.

Renault will launch the Kwid Climber edition with the 1.0-litre, three-cylinder engine which will come with a 5-speed manual gearbox and AMT gearbox.

The new edition will help to boost the sales of Kwid hatch which has seen a dip in sales in the last couple of months.

Recently Kwid crossed the 1.3 lakh sales milestone in February 2017. Renault also launched the Kwid Live For more Edition with an accessory package on MY 2016 models.

Renault’s new small car was unveiled to the world a few months back and the company will soon launch the production version in the up comping weeks. The Renault Kwid was spotted in Silver and […]