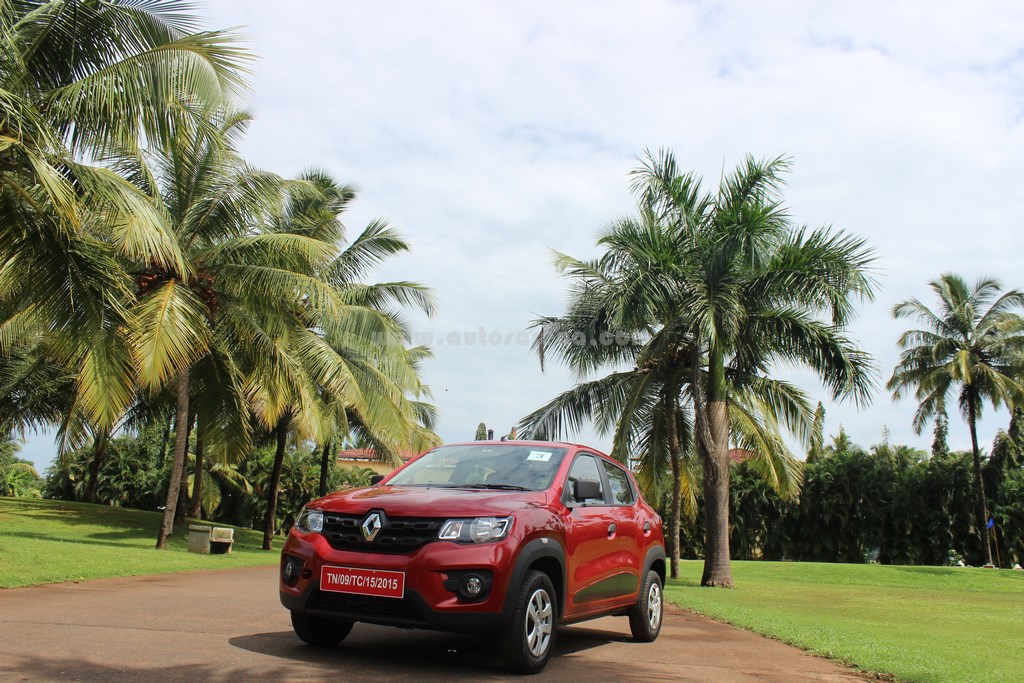 The new small car with SUV inspired design will redefine the conventional notions of the mini car segment in India. The Renault Kwid boasts of several features which are best not only in hatchbacks, but also cars in segments above. They include a best-in-class ground clearance of 180 mm and a boot capacity of 300 litres with a 7 inch touchscreen Media Nav system and a digital instrument cluster. The length and width of the car is also one of the best in entry and mid-sized hatchbacks.

The Kwid will be the most fuel efficient petrol car in the country delivering mileage of 25.17 kmpl and is powered a 3 cylinder 0.8 liter SCe – Smart Control Efficiency petrol engine mated to a 5 speed gear box.

Renault has also introduced several new features to attract the young buyers such as the Kwid App and Kwid Virtual Showroom.

Renault will also ramp up its network to 205 sales and service touch points by the end of this year which is essential for the cars success.

Renault is also offering more than 60 accessories to personalise the car as per one’s liking.

The Kwid will compete with the likes of Alto 800, Alto K10 and Hyundai’s Eon. The top end variants could be compared with the Wagon R and Celerio.

Global NCAP has awarded the Indian made Renault Duster compact SUV zero stars in its recent crash tests. The French company which claims the Duster as Big on safety has failed the test with 0 […]