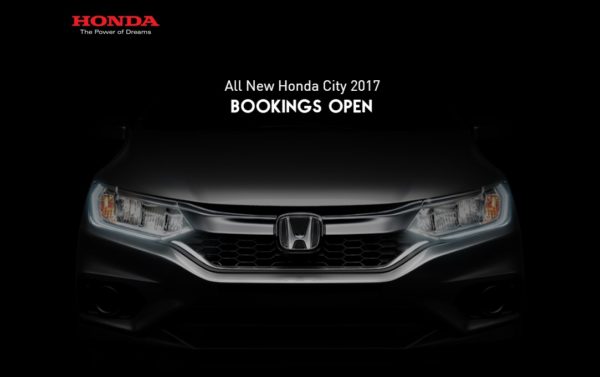 The company have commenced the pre-bookings of the sedan at all authorized Honda dealerships across the country with a booking amount of Rs. 21,000. The cars have stated to reach dealerships.

The City facelift gets many new features including a new LED package, enhanced safety package and a new AVN system among others. Most importantly the company will bring back the ZX moniker as the new top end version.

Honda may also equip the car with 6 airbags.

Under the hood there are no changes and the City will continue to be powered by 1.5 petrol and 1.5 diesel engine. The petrol engine comes with a 5 speed MT and CVT transmission while the diesel gets a 6 speed MT. The ZX variant will also be offered with a CVT transmission with Paddle shift.

First introduced in India in January 1998, the Honda City is among the most popular sedans in the country and has a cumulative customer base of over 6.5 lakh owners. The 4th generation Honda City, since its launch in January 2014, has sold 2.24 lakh units in the country.