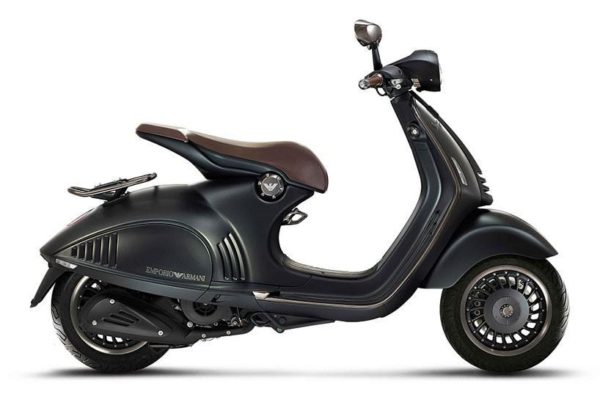 As reported earlier the launch of Vespa 946 Emporio Armani and the 70th Anniversary range of scooters in India on October 25, 2016 have now been postponed to November. The new date will be communicated according to the company officials.

No specific reason behind the said delay has been notified.

The Vespa Emporio Armani is a very limited edition version of the regular 946 scooter. The company had announced a limited run of just 3600 units of the Emporio Armani edition and the scooter was also showcased at the 2016 Auto Expo.

It is still unclear how many examples of the said scooter will be brought to India and will come via the CBU route. The special Vespa Emporio Armani edition is based on the Vespa 946 and was developed jointly by Giorgio Armani and Piaggio to mark the year 2015 which is the 40th anniversary of the Giorgio Armani foundation and the 130th birthday of the Piaggio Group.

Meanwhile, the 70th Anniversary Edition range, which was introduced on the occasion of Vespa’s 70th birthday, comes with two new paint schemes: Azzurro 70 and Grigio 70.

Piaggio has launched the Aprilia SR 150 India’s first 150cc gearless sporty crossover bike and with these new launches the company is looking at the high end premium scooter market.

Vespa has always celebrated the spirit of inspiring trends and the muses that define them; in using them as an inspiration to create something new. Keeping its core values of style and premium quotient in […]

Piaggio Vehicles Pvt. Ltd. – the wholly owned Indian subsidiary of the Italian Piaggio Group launched the Limited Edition Vespa Esclusivo. Being the only premium two wheeler in India, Vespa lives up to the expectations […]

Keeping its core values of style and premium quotient in mind, Piaggio launched its new series “Vespa Elegante”, a versatile premium limited edition Vespa. Based on the Vespa VX 125, the Vespa Elegante is designed […]