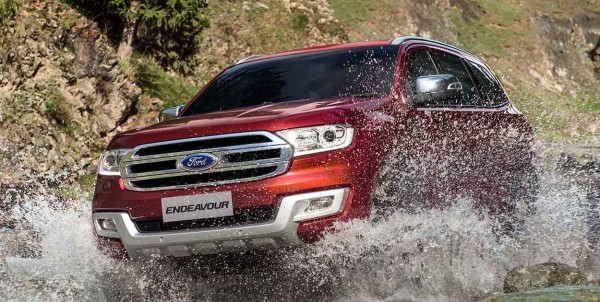 American car maker introduced the new generation Ford Endeavour in the Indian market in 2015 and since launch has been able to sell good numbers averaging 500 units per month. The SUV is now selling in numbers equal to the segment leader Toyota Fortuner, which has also been affected by the recent diesel ban in Delhi.

The Endeavour currently sold in India is available in 2 engine options 2.2 and 3.2 diesel engine, both which is currently imported.

Ford now plans to assemble the 2.2 Panther diesel engine in the Indian market which could help to bring costs down and also price the SUV more aggressively. The 2.2 diesel engine produces max power of 160 Ps and 385 Nm of torque.

Ford wants to cash on the Make in India program and is shifting the production of 2.2 Panther diesel engine in India which is going to power a couple of products besides the Endeavour in India and will also be the global production base.

The American car maker will make the 2.2 Panther diesel engine exclusively in India and ship to various other countries.

The 25 lakhs plus SUV segment will see a lot more competition in the future with the launch of the new Toyota Fortuner, New Mitsubishi Pajero Sport, SKODA’s new SUV and the upcoming FIAT SUV. Besides Renault, VW and Nissan will also launch their premium SUV which will be priced in the same range between Rs. 25 to 35 lakhs.

Ford is also in discussion with the government of Tamil Nadu and has signed a MoU (memorandum of understanding) for augmenting manufacturing capacity and establishing a new global engineering and technology centre in Chennai.

Ford has not been able to make a strong hold in the Indian market even after having fantastic products like the EcoSport and Figo twins. The company is working towards improving its brand image and plans to spend close to 200 crores on a big marketing push according to some sources.

Ford India is testing the Figo Cross in the Indian market. It was rumored the American automaker was working on a Cross variant. The heavily camouflaged test mule caught testing on the India roads assures […]

Fuel bills upsetting your monthly budget? Well, you are not the only one complaining. Scores of vehicle owners have fuel efficiency as their top most priority, but most of them neglect the practical tips of […]