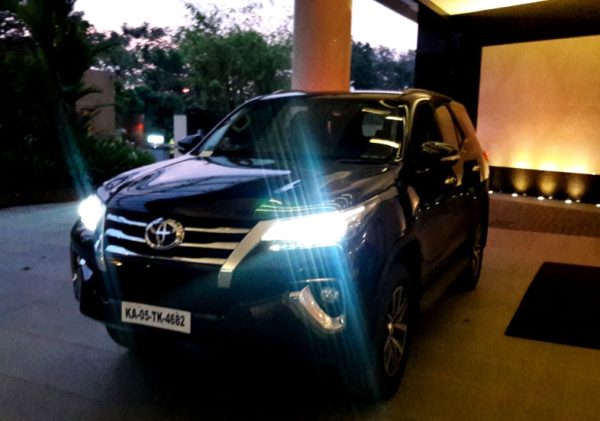 Toyota Kirloskar Motor has announced a price hike by up to 3% effective from January 01, 2017.

The decision is in line with the general industry trend prompted by increasing cost of manufacturing vehicles and a consistent upward trend in foreign exchange rates.

The company has cited the price hike in wake of increase in pricing of raw material commodities like steel, aluminum, copper and rubber over a period of the last six months leading to a higher input cost.

Another factor leading to higher cost is the appreciation of yen in the international market which has increased the cost of parts the company imports from Japan. 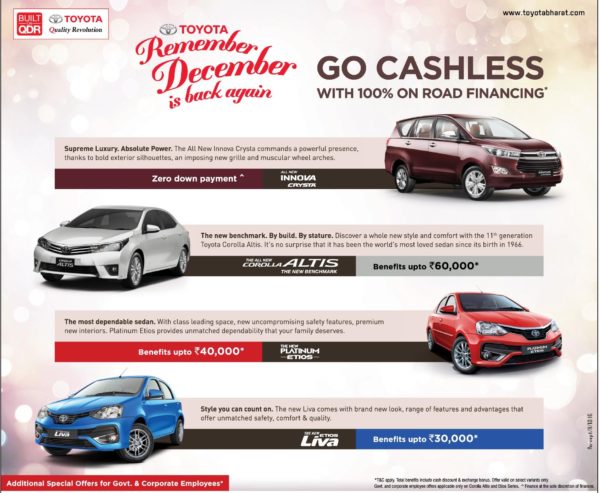 The company announced the Remember December Campaign which will provide exciting product offerings and benefits of 100% on road financing, EMI Holidays like- buy now and pay in March 2017- on all its models and a special EMI package of as low as Rs. 22,999 in select models of Innova Crysta.

According to the company Remember December campaign is not just about offering benefits on products but it is also an effort from the company’s side to meet the needs of the customers to help them overcome difficulties caused due to demonetization.

Toyota is also accepting cashless payments through various channels of e-transfers to ensure smooth & hassle free buying experiences for our customers thus adding more value to the customer experience and meeting their expectations.

The company witnessed a growth of over 10% in domestic sales in the month of November 2016 owing to the overwhelming response the recently launched all-new Fortuner has received.

The other new launches in 2016, the Innova Crysta and the new Platinum Etios have also received a very good response from the market.

New Generation Toyota Fortuner spotted at a dealership, many images of the new SUV

All new Fortuner will be launched in November. The All New Fortuner has started arriving at dealerships in India, and the SUV was spotted at a dealership in India and also in other various cities […]