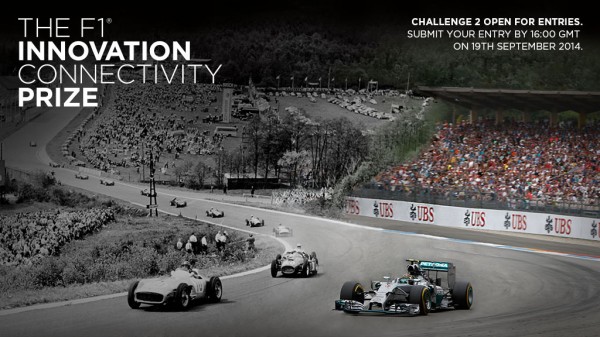 Tata Communications, a leading provider of a New World of Communications™, today confirmed the details of the second technology challenge intended to harness global brainpower in the USD $50,000 initiative set against the white heat of connectivity innovation that defines Formula 1® racing.

The detail announced today in the lead-up to the FORMULA 1 GRAN PREMIO D’ITALIA 2014 is to create a global digital scrapbook to celebrate the richness and diversity of ‘The Silver Arrows’ extensive history in the sport. The Global Scrapbook Challenge is intended to create and sustain a virtual ‘museum’ as an engaging online treasury of anecdote, recollection and intrigue that will attract both browsing visitors as much as the broadest range of contributions from fans of the sport.

Lewis Hamilton, Driver for the MERCEDES AMG PETRONAS Formula One™ Team says, “The Mercedes-Benz Silver Arrows have an amazing history in our sport. The legendary skills and achievements of drivers like Juan Manuel Fangio and Stirling Moss in the 1950s are an inspiration to me and, I believe, provide a rich tapestry for this project to bring our history alive through the hands of the fans themselves.”

Entrants are being set a technology challenge to define the capture and curation of artefact from the present season with the MERCEDES AMG PETRONAS Formula One™ Team back to Mercedes’ history in the sport in the 1950s. In addition entrants are being asked to propose a campaign methodology to ensure the Scrapbook captures the imagination of the digital generation.

Julie Woods-Moss, CMO and CEO of NextGen Business, Tata Communications says, “We are witnessing a seismic change in the way the world is engaging with digital content driven largely by user generated content. I believe the Global Scrapbook Challenge will be an enfranchising project that will allow people around the world to show their affinity to Formula One™ and create a fascinating archive of content delivered through cutting edge technologies.”

Tata Communications’ intention in setting the context for this challenge is to inspire entrants to creatively apply content curation and digital promotion to provide a new and novel dimension for fan engagement with the MERCEDES AMG PETRONAS Formula One™ Team.

Challenge 2 follows the success of the first task to creatively apply analytical and information technology solutions to demonstrate new and insightful information that can be derived from Formula One Management’s live data feeds. Winner Chris Thelwell from the UK submitted a proposal to make real-time data accessible to all by creating a new open-source data humanisation service that brings the data to life, while Ben Lambert, Will Horner-Glister, Mike Albers & Fabian Birgfeld from the UK suggested segmenting consumption of the F1® data set by user group, defining these as ‘The Team’, ‘The Enthusiasts’ and ‘The Fans’. More detail about the winning submissions for Challenge 1 can be read here.

The judging panel is made up of Formula One Management’s CTO, John Morrison; 2008 FIA Formula One™ Drivers’ World Champion and MERCEDES AMG PETRONAS Formula One™ Team driver, Lewis Hamilton, Lewis’ 2014 World Championship-leading team Executive Director (Technical), Paddy Lowe; Tata Communications’ CMO and CEO of NextGen Business, Julie Woods-Moss and former F1® driver and Sky Sports F1® expert commentator, Martin Brundle. The judging panel will be evaluating submissions for Challenge 2 against the high standard set by the winners of the first round of the competition.

The third and final challenge will be announced on the eve of the 2014 FORMULA 1 UNITED STATES GRAND PRIX.

Tata Communications is a Technology Supplier of Formula 1® and provides Formula One Management with world-class connectivity to all 19 Formula 1® race locations over the world’s first wholly-owned sub-sea fibre network to circle the globe. It also provides hosting and content delivery services to Formula1.com, which is accessed by tens of millions of fans around the globe. This innovative collaboration positions Tata Communications corporately as a Technology Supplier of Formula 1® with category exclusive designations as Official Connectivity Provider of Formula 1® and Official Web Hosting and Content Delivery Network Provider of Formula1.com.

As the Official Managed Connectivity Supplier for MERCEDES AMG PETRONAS Formula One™ Team, Tata Communications also supports the data transmission over its global networks to keep Lewis Hamilton and Nico Rosberg at the leading edge of the championship.

Mercedes-AMG C 43 4MATIC to be launched on December 14

Mercedes-AMG C 43 is the 13th product to be launched in 2016. Mercedes-Benz India is all set to launch the Mercedes-AMG C 43. The performance car will be the final product from the MB portfolio […]