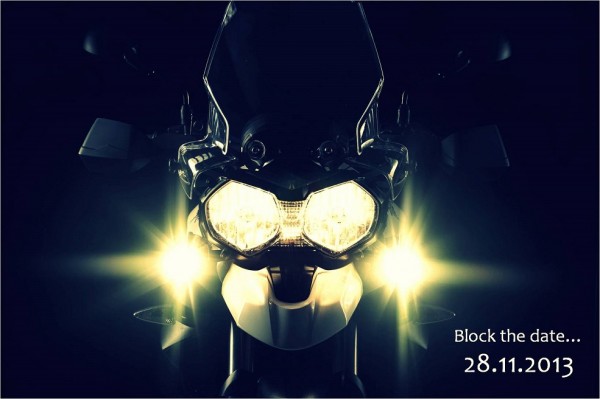 The iconic British brand will be coming out with seven of its models – Bonneville, Street Triple, Speed Triple, Daytona 675, Tiger 800XC, Thunderbird Storm and Rocket III. It is unknown if all the models will be brought together or only a few models will be launched first.

Triumph has been working on a production plant in Narsapura, near Bangalore in order to avoid the CBU route and the taxes that come with it. The company will be assembling the bikes via the CKD route. Since the Karnataka plant is expected to be operational by 2015, a smaller workshop has been setup in Manesar, New Delhi to assemble the first set of bikes.

The British motorcycle company is evaluating to options to set-up its local assembly plant and has zeroed on Karnataka. India will be the third location after UK and Thailand where the company will build bikes and has already signed a memorandum of understanding with the Karnataka Government.

Triumph also plans to export bikes made in India, and could be the mother plant for the volume bikes which are under development. Models like Bonneville, Street Triple, Speed Triple and Daytona 675 could be assembled locally with complete local manufacturing in the future. The company is working on smaller capacity bikes in the range of 250-350cc and will compete with Japs and Indian bike makers.

Bonneville will be the cheapest offering and be priced in the range of Rs. 5–6 lakh going upto Rs. 45 lakhs for the Rocket III.

Iconic British motorcycle brand, Triumph Motorcycles, made its Indian debut and introduced 10 models. Triumph made their entry in India in 2012 at the Auto Expo and had unveiled their line-up which included: Classics, Roadsters, […]

Triumph Motorcycles announced the launch of its all new Tiger 800 XCA baby adventure motorcycle. The Tiger 800 XCA is launched to attract customers who are looking for pure adventure and seek to unknown areas. […]