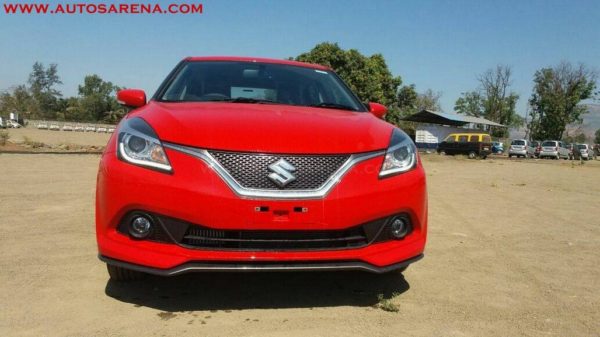 Maruti Suzuki is going to launch the performance variant of the Baleno, christened as Baleno RS in the Indian market on 3rd March. The RS has reached dealers, ahead of the launch and comes with no changes as compared to the car showcased as a concept at the 2016 Auto Expo.

The Baleno RS spotted in Fire Red comes with mesh chrome grille, Black alloy wheels, chrome door handles, re-profiled rear bumper which looks very sporty. There is an also an RS badge on the rear door to distinguish the car from the standard variant. 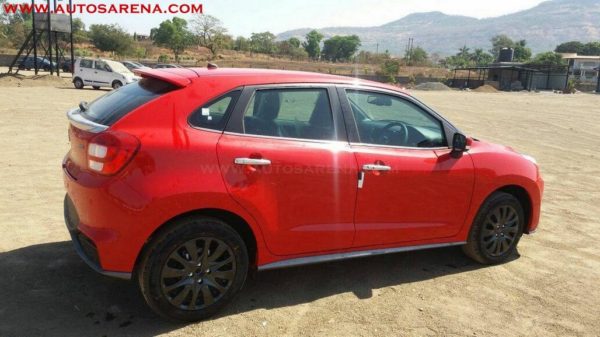 The car also gets front, side and rear skirting in blank to add to the sporty appeal.

There are no changes to the interior expect for all black interiors.

The car will have disc brakes at front and rear as compared to front disc only on the standard model. The car will get 16 inch wheels with 195/55 R16 tyres. 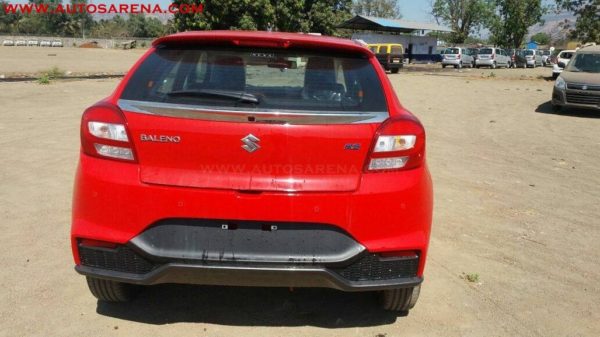 The sporty variant of Baleno has lowered ground clearance of 114 mm and tweaked suspension to handle the increased performance.

Once launched, the Baleno RS will compete with the likes of Abarth Punto and Volkswagen Polo GT TSI. The RS will be sold via Nexa dealers and is the fourth model to join the line-up which includes S-Cross, Ignis and Baleno hatchback.

After Ignis, Maruti Suzuki to launch Baleno RS via NEXA. India’s largest car maker for the first time will launch a  real sports version of the Baleno RS. We call it real, as it will […]