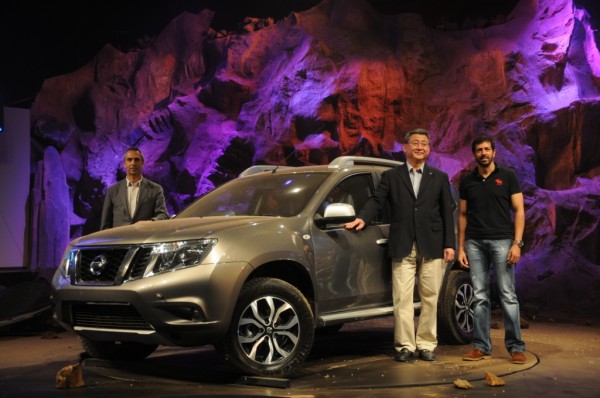 Nissan unveiled the all-new compact SUV Terrano at a special event in Mumbai. The Terrano SUV is the seventh product offering for the Indian market from the Japanese car maker is the fourth locally assembled model in India.

The Terrano SUV is basically the Nissan version of the Renault Duster which has been very well accepted in the India market and will be manufactured at Nissan’s Oragadam Plant in Chennai. The model is very crucial for Nissan considering the burgeoning SUV segment in the Indian market. The Terrano will play a very important role to boost the sales volumes in India. 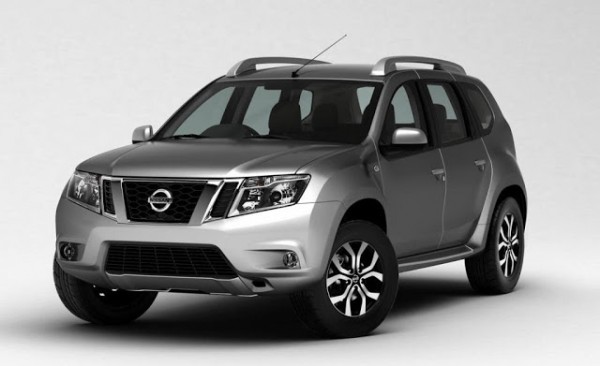 To Indian customers the nameplate Terrano will be new, but the model has been a well-established and has been on sale since 1986. The new generation SUV will continue to offer its customers luxurious interiors, premium exterior styling and safety features.

Nissan has done a brilliant job in terms of exterior styling. The Terrano comes wi with a dynamic, robust stance and dominating road presence. Nissan’s SUV design heritage has been carried forward which is seen on models like Patrol and Pathfinder. The SUV sits on 16” alloy wheels and looks like borrowed from its elder cousin Renault Koleos. Overall styling is impressive and emphasizes tough, solid & durable attributes. Other features include silver-finished skid plates, colored roof rails, and a chrome finisher strip on the tailgate. 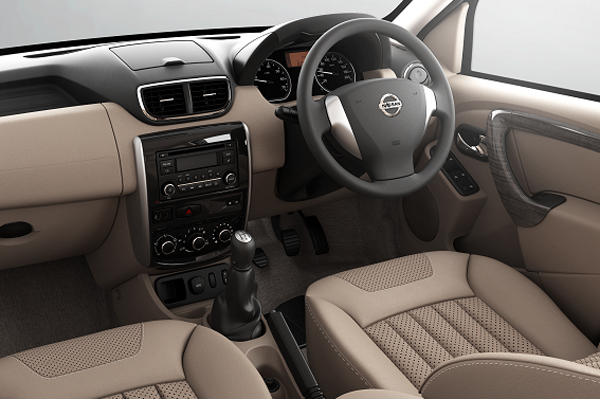 The SUV will share the same mechanicals as the Duster with a 1.5 litre diesel and 1.6 petrol engines. Power options will also remain same and we hope Nissan surprises us a with four wheel option in the near future. 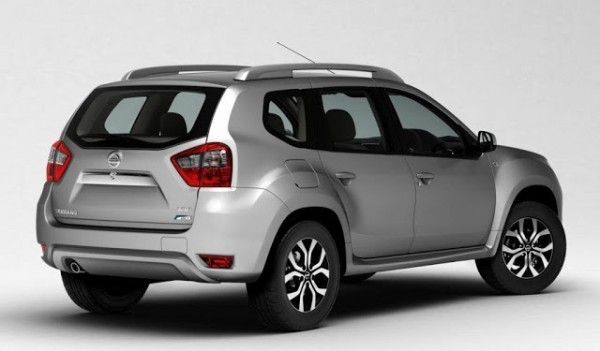 Nissan will launch the Terrano SUV in October and will commence pre-bookings from first of September. The company is targeting SUV lovers and customers who are looking to graduate to SUVs. There are no details on the pricing front revealed from the company and will be a sub-10 lakhs. The SUV will largely compete with, Ford EcoSport, Renault Duster, Mahindra XUV5OO and Safari Storme. With Ford EcoSport being the flavor of the season and with a large of bookings, the Terrano could look to attract a number of customers if priced aggressively.

We drive the Micra CVT in Mumbai for more than 300 kms Stress !!! An integral part of every soul competing in the rat race today. To top it all people living in metros like […]

Nissan has launched the automatic version of the Sunny CVT in the Indian market. The Sunny Automatic comes with the same X-tronic CVT technology offered on the Renault Scala Automatic. The Nissan Sunny CVT is […]