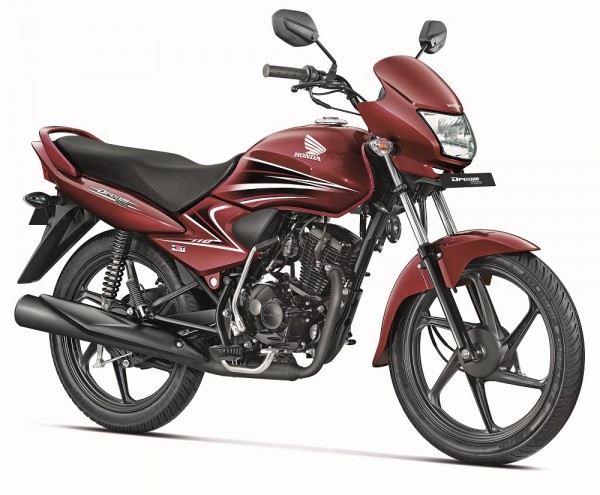 Honda seems to be unstoppable in 2013 when it comes to new launches. The company has already launched more than 6 products starting February 2013. Continuing on its buoying success, Honda Motorcycle and Scooter India have announced the launch of the new 2013 edition of ‘Dream Yuga’.

The 2013 Dream Yuga is equipped with Honda’s revolutionary Honda Eco technology which has helped to increase its mileage from 72kmpl to 74kmpl.

The Dream Yuga is the first motorcycle developed for the Indian market and has sold more than 3 lakh units since its launch in 2012. The Dream Yuga comes with a host of features advanced for its segment which include viscous air filter, maintenance free battery, tubeless tyres, yet sturdy frame, longer suspension stroke and comfortable riding posture.

The bike is largely targeted towards the commuter segment who wants a no tension bike. Honda also launched the Dream Neo a couple of month’s back which is the cheapest offering from the Japanese two wheeler company.

Honda has set a target to be India’s number one bike maker and with the aggressive approach the dream will soon be a reality.

Honda 2 Wheelers India will launch a new motorcycle tomorrow and have invited us to attend the launch. There are no details shared as to which motorcycle is going to be launched but we are […]