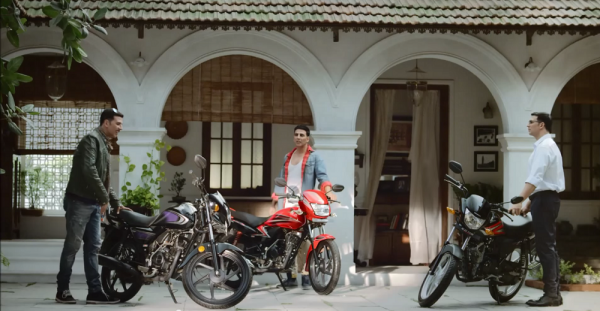 Honda Motorcycle & Scooter India Pvt. Ltd. (HMSI) has aired its latest advertisement campaign for its Dream Series mass motorcycles – Dream Yuga, Dream Neo and CD 110 Dream. The TVC has been created by Dentsu Marcom and is running on air across channels. The new TVC is aimed at bringing together the dream series for the consumer who has varied needs and motivations through the user’s point of view in the 100cc – 110cc segment.

Objective of the campaign

The new campaign has been launched with the imperative to establish ‘Dream Series’, as the definitive range from HMSI that answers many consumer needs and motivations.

The brief was to create a communication under umbrella of Dream Series- The mass-segment motorcycle brand from Honda which is a combination of three brands with three distinctive propositions for the consumers.

In an attempt to consolidate Honda’s mass offering the Dream range motorcycles were positioned as follows Dream Neo  – Durable and Sturdy motorcycle, Dream Yuga – Stylish offering in the 110cc stable and CD Dream 110 – Value for money variant with an unmatched legacy of ‘CD’.

The creative team dwelled into the consumer psychographics and discovered a common thread that connect consumers who have varied needs and motivations through the point view of the users, using Akshay Kumar as the protagonist creating the ad as a testimonial.

The protagonists along with their motorcycles reflect how people have different wants and dreams in life, while the first protagonist is a transitional stage who aspires to have a blend of style at the best possible deal, his bike reflects the aspirational class in the tier-2 cities, the second protagonist is a easy going youth who loves to flaunt his coolness through his lifestyle, the bike has an amount of refinement being an extension to himself. The third protagonist, is a middle age office going person who understands the value of money and prefers things which are value for money yet classy.

“Honda’s leadership in technology has been well established in the market. With Dream Series we aim to strengthen our presence in the mass motorcycle segment. The Dream Series blends a range of motivations along with the joy of buying a bike. With the HET technology and reliable Honda engine as it’s core. The TVC campaign further reinforces Honda’s trusted technology and its commitment towards hinterlands.” -Mr. Y. S. Guleria, Vice President-Sales & Marketing, Honda Motorcycle & Scooter India Pvt. Ltd.

“The brief was to showcase all three motorcycles of the Honda Dream Series in one film. We thought why not put them all in a parking lot of one family. So while the brothers fight it out claiming that each one’s bike is better than the other’s, the father turns up to resolve the conflict saying “teeno ke ragon mein khoon toh ek hee ka hain”. All the 3 bikes have the same DNA. The Honda DNA,” said, Titus Upputuru, National Creative Director.

Below is the link to Dream Series:

Honda Motorcycle and Scooter India, the No. 1 scooter manufacturer introduced the new Honda GRAZIA Urban Scooter. It is available for sale in Standard, Standard Alloy, and Deluxe variants and has been very attractively priced […]