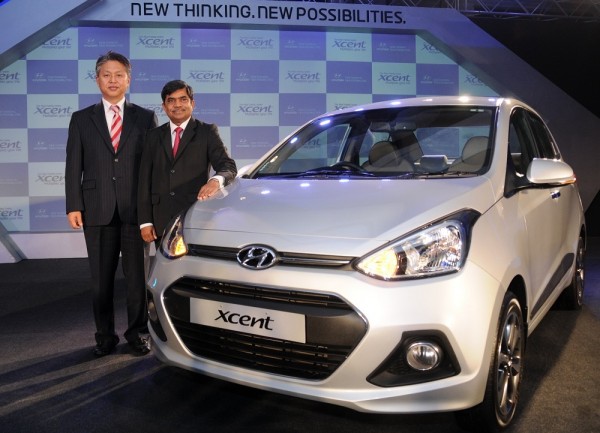 Country’s second largest carmaker Hyundai has launched the Xcent compact sedan in the Indian market. The Xcent will replace the Accent sedan which was the second most successful model from the South Korean car maker when they started their journey in the Indian market.

The Xcent was previewed a day before the 2014 Auto Expo in Delhi and was also showcased at the Expo.

The compact sedan segment is witnessing tremendous growth and with launch Xcent, we could expect this segment to grow further.

The new compact sedan is based on the Grand i10 platform and will also share the powertrains. The car is available with two engine options: 1.1 litre 2nd generation U2 CRDi diesel and 1.2 litre Kappa Dual VTVT petrol engine. The company is also offering an automatic option on the petrol and like the Grand i10, a diesel automatic option is not available.

The Xcent is a global product which has been developed to meet the needs of buyers who want space, style, economy and tech
nology.

*All prices ex-showroom Delhi (in Rs.)

The compact sedan segment is going to see more competition with Tata Motors launching the Zest and Ford introducing the Figo Sedan. Both the models have been showcased at the Auto Expo. The Zest will be launched in the second half of this year while the Figo sedan will be launched in 2015. Other car makers like Nissan, Volkswagen and SKODA are also looking to launch models in the compact segment.

Details & features of the Xcent 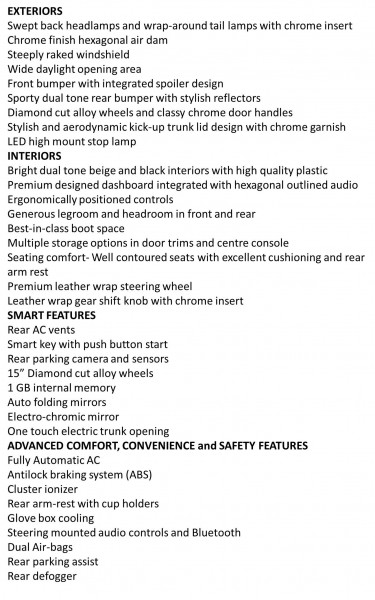 Hyundai has revealed its fifth compact car for the Indian market, the much awaited new i10 code name BA. Christened as “Grand i10”, the all new i10 is built on all new platform. The second […]

Hyundai launched a diesel automatic Tucson with 4 Wheel Drive system thereby making it a potent choice for those looking for a high-performance off-roader without compromising on style, comfort and luxury. The 4WD Tucson is […]