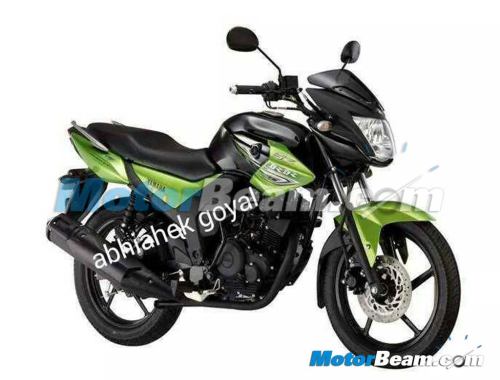 The Japanese two wheeler maker has saliently introduced the SZ-RR with BlueCore tech and we can expect an official launch to happen soon. The Bluecore tech comes with Fuel injection technology which helps to increase the bikes fuel efficiency and also improve throttle response.

The SZ-RR continues to be offered with the same 153cc engine with 12.1 PS of power at 7500 RPM and 12.8 Nm of torque at 4500 RPM. With the new FI technology we can expect an increase in fuel efficiency and higher performance. The engine is mated to a 5 speed gear box. Other mechanicals remain the same with disc brakes on front and drum brakes at rear, telescopic suspension and electric start.

The company has also introduced a new Lime green color option with sporty graphics. The official prices and details will be announced at the time of official launch.

Yamaha is looking to introduce a premium scooter – D’elight, spied in India

Yamaha India might launch a new Classic styled Scooter ‘D’elight’ in the Indian market. The Yamaha ‘Delight’ was spotted at company’s plant and could be bought for either R&D purpose or may actually see a […]

Yamaha Motor India riding on the success of the Ray scooter is launching a new unisex scooter in 2014 to take on the segment leader Honda Activa. The company will unveil the scooter at the […]

India Yamaha Motor launched the much awaited Fazer 25 touring motorcycle in the Indian market. Continuing the success and popularity of the FZ Series, the all new Fazer 25 is designed to deliver riding comfort […]