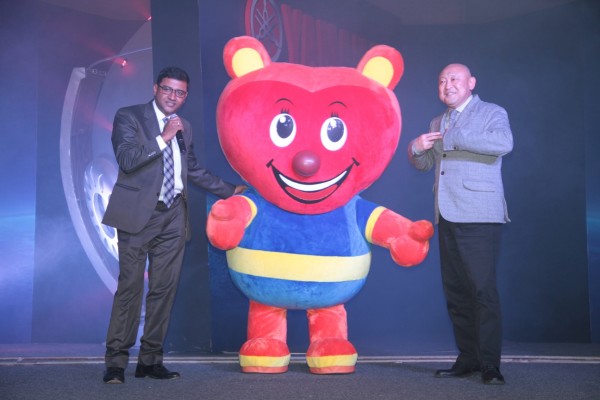 As reported a few days back, Yamaha Motor India had planned a big event for today and we expected a launch to happen in the form of a new 125cc scooter. However, there was no launch of any new product and the Japanese two wheeler major unveiled its maiden brand mascot to promote the first of its kind Yamaha Children Safety Program.

Yamaha India initiated a step in the direction of spreading awareness among people to deal with road safety measures. Today a mascot was introduced for the target audience, in the age group of 5-12yrs, to impart road safety.  The mascot has been designed to strengthen the brand connect with kids and accelerate the company’s growth further in the Indian market. The ultimate objective was to make them facilitate this information further to their family members, relatives or other known people.

The Yamaha Children Safety Program (YCSP) is a first of its kind social initiative by the company to educate and influence both parents and children about vital road safety measures. India is the second largest two wheeler market in the world and everyday 1000’s of people are killed in accidents. The initiative will help the new generation of kids to give high priority towards safety gear when riding a two wheeler.

Yamaha is looking to introduce a premium scooter – D’elight, spied in India

Yamaha India might launch a new Classic styled Scooter ‘D’elight’ in the Indian market. The Yamaha ‘Delight’ was spotted at company’s plant and could be bought for either R&D purpose or may actually see a […]

In October we reported of Yamaha launching a new scooter in the Indian market (link). Riding on the success of the Ray scooter the Japanese two wheeler maker is all set to launch a new […]

India Yamaha Motor has introduced new color options on the Alpha scooter. The Cygnus Alpha with disc brake is available in Radiant Cyan and Marvel Black. The Alpha disk brake version gets different colors and […]