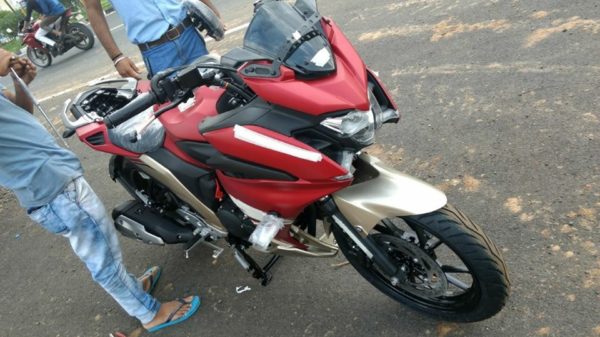 Yamaha Fazer 250 is no secret and the motorcycle has been caught testing couple of times on Indian roads.  Northeastern Biking Community shared the images on their Facebook page revealing its design.

The body graphics on the bike confirm its new Yamaha Fazer 250. 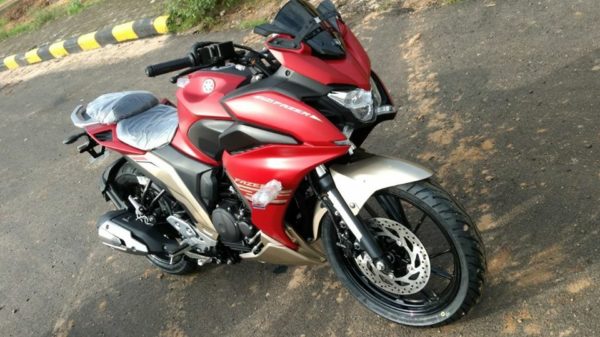 Unlike the Fazer 150 which is equipped with a quarter fairing, the Fazer 250 gets a full fairing which also hints the bike will compete directly against the Honda CBR 250R.

In terms of design, the bike comes with the same headlamp unit offered on the FZ25 which looks small compared to competition which offer larger headlight cluster. The bubs are halogen and gets side lights which hidden by the fairing projection. There is a small visor which mainly acts as design element as compared to improving aerodynamics. 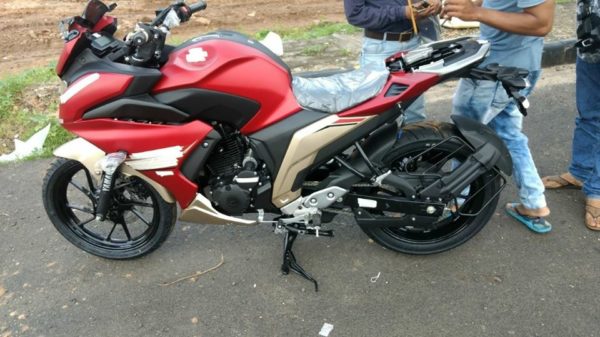 The Fazer 250 will get dual tone paint scheme. The bike features a Red and Golden paint scheme unique to the motorcycle.

There are no other changes besides the full fairing and engine cowl and the bike is identical the naked FZ25. The motorcycle will be powered by 249 cc air cooled engine that produces 20.9 PS of maximum power and 20 Nm of peak torque.

The bike is expected to launch ahead of festive season as production of the model has begun.

Continuing with its upward growth in the sales, India Yamaha Motor Pvt. Ltd. has registered a growth of 20% in domestic sales during February 2017 as compared to the corresponding period last year. In January […]

After the successful induction of students in the 1st batch last year, Yamaha Motor NTTF Training Center (YNTC) announced the induction of 50 students for the 2nd batch today for the academic year 2018-22. YNTC is the first Japan-India Institute […]