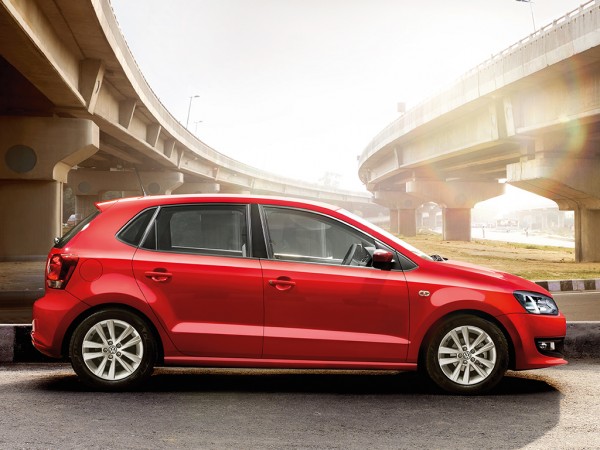 It would have been perfect if ABS too was offered as a standard on all variants considering maximum cars are driven in city and the feature very useful especially during rains and Indian roads. This is a good move to offer more safe cars considering the rising number of deaths due to road accidents. Hopefully you are safer in the VW Polo.

Volkswagen is known for the superb built quality and is the main USP of the Polo and the Vento in the volumes segment. With new safety features, the Polo and Vento have become expensive by 2.7% which translates to Rs. 22,700 for the Polo and up to Rs, 26,800 for the Vento. The price hike will be effective from 1st February 2014.

Volkswagen did not introduce any major new model in the Indian market in 2013 except for the Polo variants, Vento limited editions and Jetta facelift which is mainly a cosmetic upgrade. The Passat has been discontinued to make way for the new Passat which will be launched in the first half of 2014. This is not a generation change is mainly a facelift.

German luxury car maker, Volkswagen will launch the Jetta with more features. Our friends at IAB have posted a few details of the refreshed Jetta. The MY 2014 Jetta will get subtle changes on the […]

Volkswagen has launched their new Express Service Facility in the Indian market. Time is money and this has been the new mantra in the automotive service industry with auto makers offering Express Service where the […]