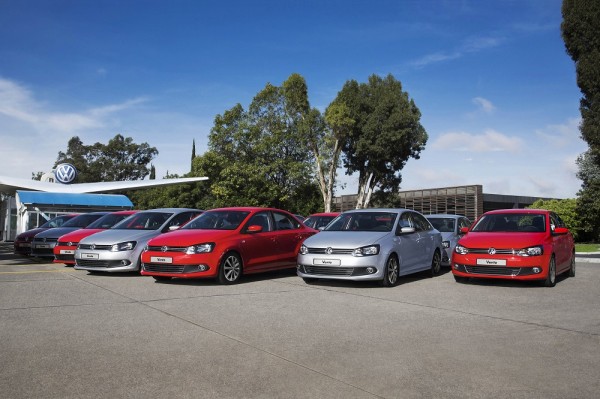 Volkswagen India has announced the export of Vento made in India to be exported to Mexico. This is a new milestone in its operation and the left hand drive cars will shipped to Mexico and will manufactured at the Chakan plant in Pune.  After having entered two continents ­– Asia and Africa – the Volkswagen Vento, manufactured at Pune Plant, will now be seen on the streets of a third continent – North America.

The German carmaker commenced exports with cars first being shipped to South Africa and entered the Left-Hand Drive market in 2012 with the export to Middle East countries. The next big step in the growth strategy of Volkswagen India is the expansion of exports of the Left-Hand Drive Vento to the Mexican market. Mexico will also be the largest export car market for VW India.

The official market introduction of this model in Mexico will be in the beginning of November 2013 and the first lot of cars has already reached there. The Vento will be offered in the Mexican market in three drivetrain options.

VW will introduce the Vento TSI soon in the Indian market as a part of its festive season.

Volkswagen is betting on the Polo brand to generate volumes and plans to launch powerful variants to further improve brand its brand image in the Indian market. The Polo 1.2 TSi is destined for the […]

Volkswagen is speeding up its transition to a software-driven mobility business.

Volkswagen is making strides toward becoming a software-driven mobility service. The organisation will systematically plan for the profound changes in the automotive industry in good time by implementing the ACCELERATE strategy, which was recently announced. […]