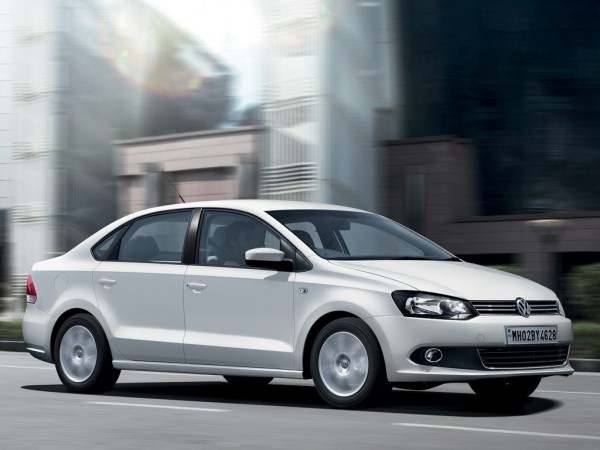 Volkswagen will continue its variant onslaught in the Indian market. After launching three new variants of the Polo, the German car maker will launch a new variant of the Vento 1.2 TSI on the 3rd of October. The sedan will now be equipped with the 1.2 TSI engine which made its debut on the Polo GT TSI. Another interesting fact is, VW will also carry over the 7 Speed DSG gear box mated to the 1.2 TSI engine which will develop 105PS and also offers higher fuel efficiency.

The sedan will not carry the GT badging and could also get a set of new alloy wheels with some extra equipment. VW may increase the price of the Vento or simply continue selling the car at the same price.

The engine will give VW the edge over the car makers to offer high end technology in their small cars, which can be used as a good sales tool to convince customers to buy the Vento which is already doing good numbers.

With the launch of the new engine, Volkswagen may altogether discontinue the 1.6 petrol engine for the Indian market and replace this with the 1.2 TSI. Now the question is will VW launch a manual variant with the 1.2 TSI or will the 1.6 continue until the engine is completely phased out by 2014? Seems logical is the German car will replace the entire powertrains with all-turbo engine line up over the next 3-4 years.

Crafted especially for the discerning Ameo buyers the Crest Collection will also be available across select Polo and Vento variants Volkswagen announced the launch of the first special edition of Ameo. The Crest Collection carries […]

Volkswagen launched a sportier and powerful variant of the Polo hatch, the Polo GT TSI in the Indian market. The new variant replaces the Polo 1.6 and is powered by a new 1.2 TSI petrol […]