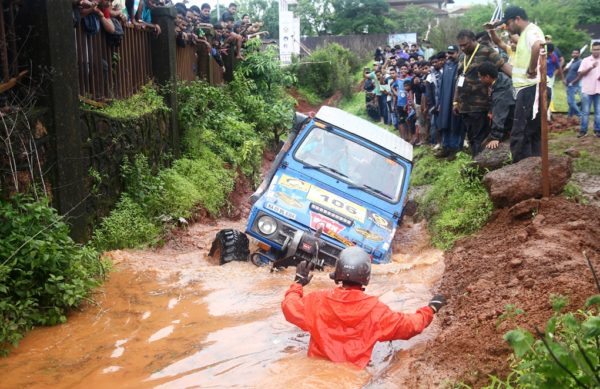 With less than two months left for the fourth edition of India’s toughest and the most celebrated annual off-road motor-sport competition, the Force Gurkha RFC India, adrenaline is running high in the entire Indian off-roading community. There is a lot of speculation about what to expect from the upcoming event, to be held in Goa from 22nd July to 30th July. Well, here is a teaser of the new things in store for participants and visitors at Force Gurkha RFC India 2017.

Firstly, a lot of fresh off-road talent will be coming forward and participating in this muddy and slushy battle of man and machine in extreme off-road conditions. Of the 40 teams that will be competing for the Force Gurkha RFC India 2017 Champion title, as many as 13 will be making their debut in the event this year. These newcomers include Ajit Bache from Pune, Sushant Saini from Yamuna Nagar, Dattaraj Dessai from Goa, Gowtham Santhakumar from Pollachi, MK Rojith, Shibu Varghese, Nithin Uday Krishna and Shemi Mustafa from Kerala, Pragun Arora from Delhi, Sachin Chordiya from Aurangabad, R. Sumanth Shenoy from Chikmagalur and Venkat Devineni from Hyderabad. 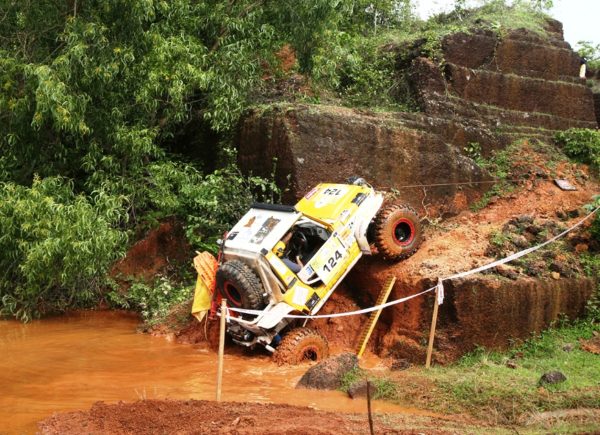 As per Mr. Ashish Gupta, Founder & Director of Cougar Motorsport Pvt. Ltd, the company that organizes RFC India, “It is gratifying to see that RFC India continues to draw new participants every year. While we see some of India’s most evolved off-roaders coming back year after year, having fresh talent from all corners of the country come forth means that we are one step closer to our objective of popularizing off-road motor-sport across India and getting it recognized as a mainstream sport. Moreover, first timers come with a lot of enthusiasm and it will interesting to see what techniques and tricks they have up their sleeve. To acknowledge the budding off-road talent, this year we have instituted the ‘Rookie of the Event’ award that will be given to the best newcomer of the competition.”

Another interesting factor is that a driver from the US will be competing in Force Gurkha RFC India for the first time. William Dwaine Jungen from Tucson, Arizona, who has around 40 years of off-roading experience, will be representing Chandigarh’s Team IronScorpion. He will be driving the Scorpion MKI, which is the winner of the US Top Truck Challenge. In terms of its design, the Scorpion has a patented suspension, with a 52-inch articulation and a 12-degree chassis role. It has a 5.7 litre V8 petrol engine that is coupled to an automatic transmission. The vehicle has undergone modifications to be compliant with the safety and technical requirements of the event.

In terms of vehicle builds, the upcoming edition of Force Gurkha RFC India will see some real beasts with significantly more powerful engines compared to what have been used in the past. Few competing vehicles will have powerful naturally aspirated V8 engines with high torque and power. Efforts are being made to enhance suspensions to match such output. In terms of design, vehicle height has been reduced to lower the center of gravity. Since winching is critical in most Special Stages of Force Gurkha RFC India, the weights of vehicles have also been reduced to improve the efficiency of the winches. 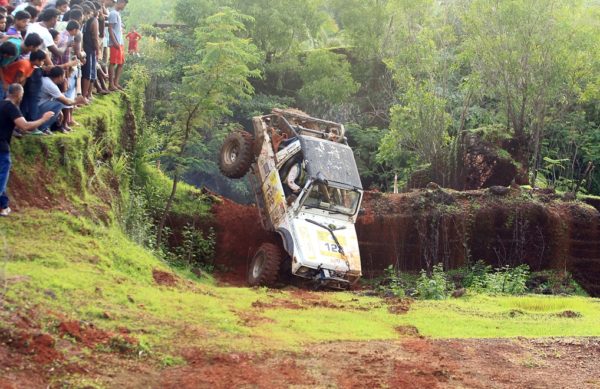 The event organizers and RFC India Course Master David Metcalfe are known to throw in some unexpected challenges in each edition of this extremely tough competition. This year, the event format has been changed considerably, with the initial legs of the competition being held in certain off-road locations away from the city and the spectator Special Stages (SS) taking place in the city towards the end of the competition. “We are also contemplating adding a few night stages to make the competition more interesting. Some new sites have also been shortlisted and we will be finalizing them within the next couple of weeks”, Mr. Gupta said.

There have been some changes in the Classes as well. In Force Gurkha RFC India 2017, separate Petrol and Diesel Classes for Above 3010 cc Engine have been introduced. The organizers have also increased the stakes this year as the total benefits that the top Indian driver of the competition will get will amount to $8,000. This includes the automatic fully paid-for entry in the RFC 2017 Grand Final in Malaysia that is worth $3,900 and the travel expenses amounting to around $1,100. Moreover, Cougar Motorsport will contribute up to $3,000 towards the cost of arranging the competition vehicle for participating in the Mother Event in Malaysia, to be held at the end of the year.

Cougar Motorsport announces the 8th edition of The Himalayan Dash

“Travel makes one modest. You see what a tiny place you occupy in the world.” – Gustave Flaubert If you agree with this notion and the thought of driving through unchartered territories pumps your blood […]