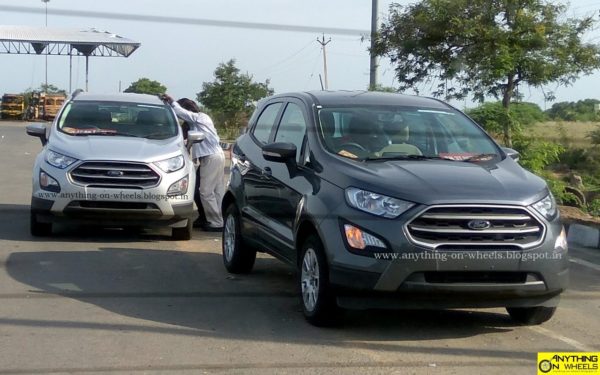 The Sub 4 meter compact SUV is going to see a lot of excitement in the coming days with the launch of new Tata Motors Nexon and Ford EcoSport Facelift.

The Ford EcoSport was the first SUV to tap this segment and was the best selling in its segment till the launch of Maruti Suzuki Vitara Brezza which is now the undisputed king.

The facelifted Ford EcoSport has been spotted yet again before the launch in September 2017. The compact SUV will get changes on the outside, inside and new petrol engine.

The EcoSport facelift will be powered by the new Dragon series petrol engine and will make its world debut in the SUV. The new family Dragon engines will be made exclusively in India and will have different cubic capacities. 4

The EcoSport will be powered by a 1.5-litre, 3-cylinder unit and could possibly replace the current 4-pot, 1.5-litre TiVCT. The performance figures will likely be retained at 90PS and we could expect the engines to be tuned for better fuel efficiency.

The changes on the outside include a new front fascia with a large hexagonal grille with chrome lining, new headlamps with projectors and LED DRLS. The front bumper has been redesigned with new fog lamps and turn indicators.

On the side there are no changes except for new design alloy wheels which are 16inch to be available on top trims only. The lower variants to get 15inch wheels with new design wheel covers. The rear design remains unchanged except for a new Wheel cover design.

The interiors will get minor updates which include a new Infotainment screen and instrument console.

All features from the current model will be carried over to the facelift and we expect Ford to realign the features considerably to make the product more competitive to take on the competition from Maruti Suzuki Vitara Brezza and upcoming Tata Nexon. 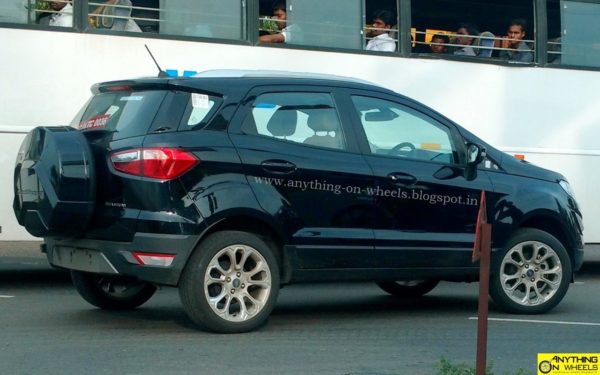 The EcoSport Facelift will be launched in September 2017, and we could expect Ford to just wait for Tata Motors to announce the prices of Nexon.

Ford Mustang available in Mumbai and Delhi only to start with. Ford has finally launched the iconic muscle car Mustang in the Indian market.  The iconic pony car has been launched for the first time […]

Ford India introduced the 2014 Ford Fiesta with a stunning new look, plush interiors and several segment-first features. The new facelifted Fiesta is equipped with award-winning SYNC® Technology that was first introduced in India with […]