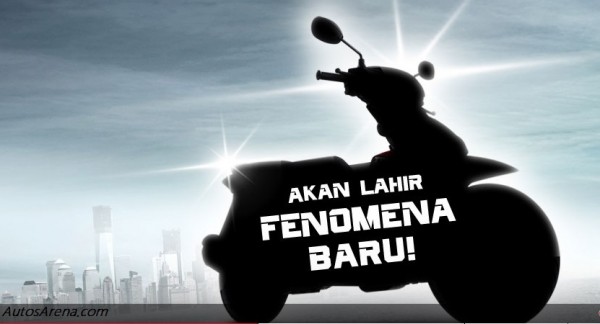 PT TVS Motor, the Indonesian arm of TVS motors will launch its new offering the Daze underbone in Indonesia very soon. Underbone or stepthrough motorcycle is most commonly known as Bebek in Indonesia. The TVS Dazz will be the first automatic Bebek from the India two wheeler maker for the Indonesia market.

It will be positioned as an entry level bebek and will be ranked amongst the most affordable motorcycles in the country. The TVS Dazz is engineered in India exclusively for the Indonesian market and will be built at the company’s West Java.

The Dazz is powered by a single cylinder 110cc four stroke air cooled engine which and delivers a decent power of 8.34 bhp and  max Torque of 8.3 Nm. The bebek has a fuel tank capacity of 5.3 litres weighs 92kg.

The Dazz is expected to be priced at 9.9 million Indoneisan Rupiah which translates to around Rs. 60,000 in India. There are very very slim chances of such motorcycles making it to India and if the demand does exist, TVS could one of the first players to introduce it for the mass market.

TVS Akula concept to be put into production, launch in 2017. TVS Motors have started testing their flagship motorcycle Akula 310 on Indian roads. The Akula 310 concept was previewed at the 2016 Auto Expo […]

TVS Racing wins all podium positions in Group B category, making a clean sweep at the Gulf Monsoon Bhopal Scooter Autocross 2017. TVS Racing team was represented by four participants in the Group B category […]