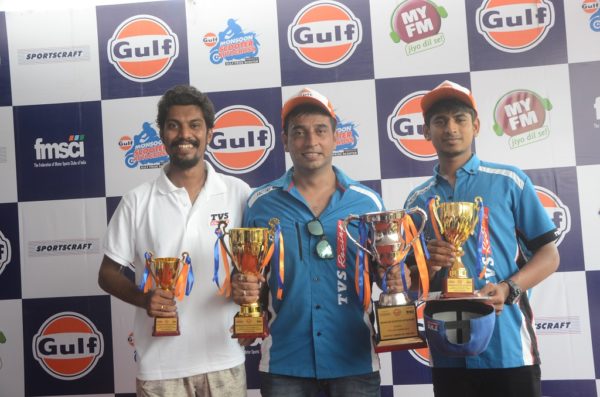 The team performed consistently with changing weather conditions on the track. The event was marked by slight rains an evening before setting the stage for a monsoon Autocross event the next morning.

Determined racers from TVS Racing had a good start and recorded better timing over their competitors’ right from the start point. Aggression and commitment to the team were evident with their focused performance on the track. The intensity of their performance went up with the cheering of the crowd.

Commenting on the victory, Asif said, “I am very happy to contribute to the success of the team at this event and thank the complete team, my fellow riders, technicians, mechanics and other officials from the racing team for contributing to the success. I look forward to newer challenges ahead.”

TVS Racing is the first factory racing team in India with a legacy of over 35 years. TVS Racing has supported over 100 riders since 1983 and the team has been actively participating in on and off- road racing events such as road racing, Super-cross and Motocross, Dirt Tracks, Rally etc.

TVS Racing has been participating in Scooter Rally events for the past 4 years. The team has won Indian National Rally Championship in 2015 and 2016 in scooter category.

The team has maintained more than 90% success rate in scooter events and has won 13 events out of the total 14 events organized in the year 2015 and 2016.

TVS Motors has introduced a special edition of the Jupiter Scooter in the Indian market. The Jupiter has been a very successful model for the Indian two wheeler maker and has bagged several awards. The […]