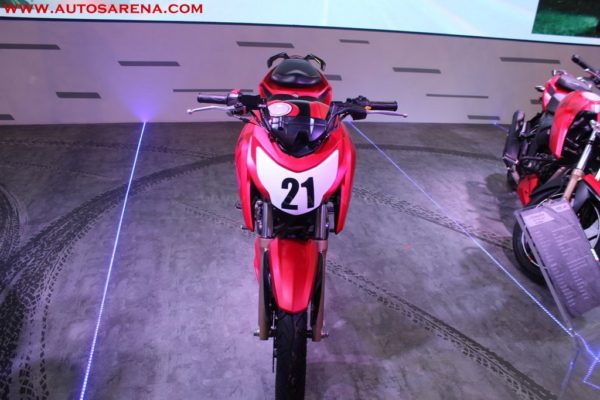 The bikes looks more like a concept and could be a track focused only. The track inspired Apache does not get a headlight and is equipped with a new different exhaust system as compared to the standard Apache. 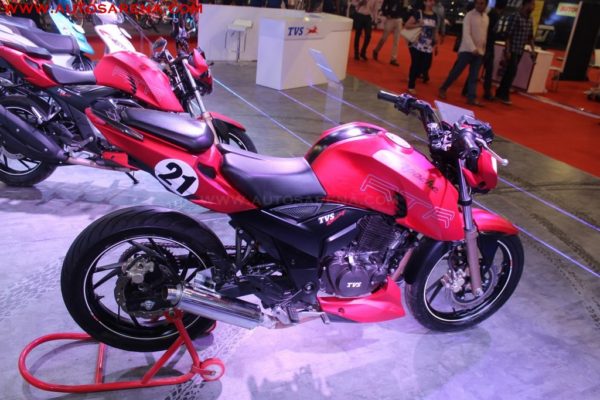 There are no other changes to the engine and the bike does a top speed of 150 kmph. The max speed for a standard CARB variant is 127 kmph. The bike weighs 110kgs. The wheelbase has been shortened by 3 mm to 1330mm and ride height lowered by 10mm to 790mm. Disc brakes are standard at both the front and rear. 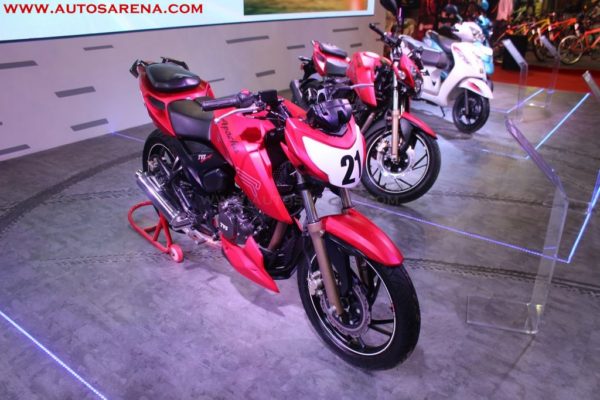 In terms of design the bike continues to be equipped with Aggressive Tank Cowl and engine cowl, alloy wheels and split seat. The rear end loses mud guard, saree guard and chain cover.

The APACHE also comes with optional race spec Pirelli tyres for added performance. One can also opt for the ABS version which has been engineered exclusively for pro-racing.

TVS Apache RTR 2004V is one of the best-selling motorcycle in its segment and is priced attractively at Rs. 89457 for the base variant and Rs. 93725 for variant with PIRELLI tyres.