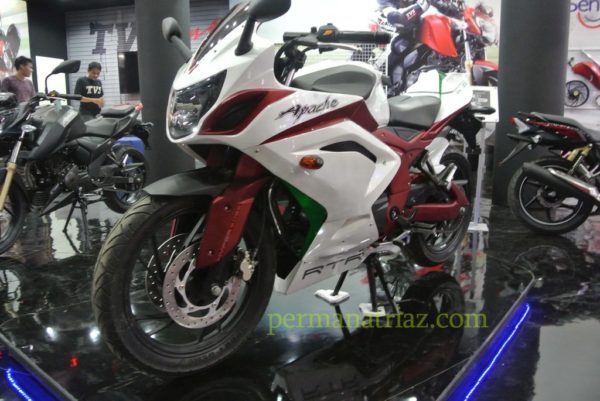 Just days after spotting a adventure tourer version of the Apache, the Indian 2-wheeler manufacturer has come up with a fully faired avatar of its flagship model. The TVS Apache RTR 200 has been modified by a private house in Jakarta, Indonesia.

Unlike the TVS Apache RTR 200 Adventure Tourer version, the fully faired version has significant design changes. The most noticeable of these changes are the body-panels. The body-panels have been redesigned to give the bike a really aggressive look.

The fuel-tank has been revamped with a slightly increased fuel-tank capacity. The bike now gets twin air-intakes on either side of the Headlamp cluster. The Headlamp and taillight cluster though remains the very same. The height of the front windshield has been slightly raised giving more protection to the instrument cluster. 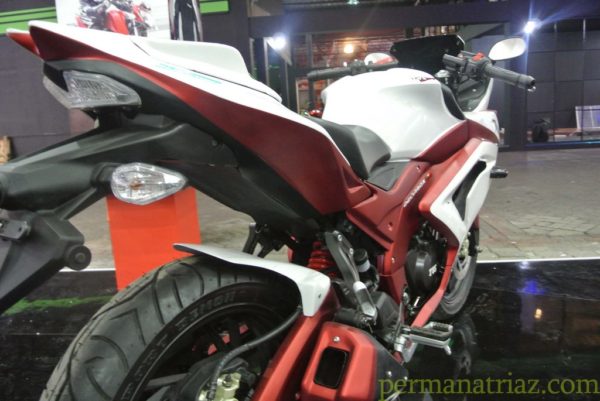 On the engine front, the vehicle will come with fuel injection as standard churning out 20.7 bhp of power and 18nm of torque. The braking system comes with a dual-disc brake set-up compounded to ABS system. The vehicle in likeliness will come with the soft compounded Pirelli rubber which was used in the TVS Apache RTR 200 4V. 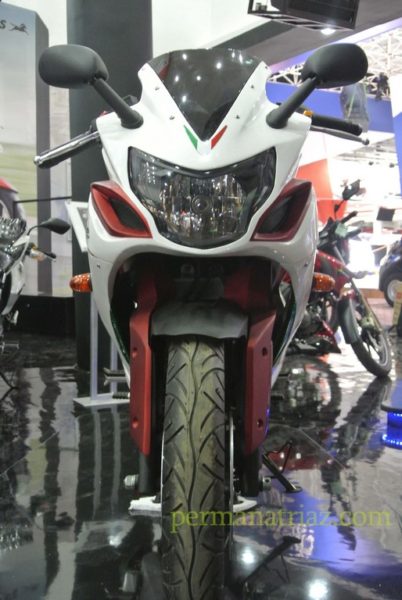 TVS has intentions of bringing in many versions of the Apache to the Indian market to gain a fair share in the Indian biking segment.

The current version though is expected to compete with the KTM Duke 200 and the Baja Pulsar 200 RS. The pricing is expected to be competitive in-order to make it an irresistible offering.