TVS Akula concept to be put into production, launch in 2017.

TVS Motors have started testing their flagship motorcycle Akula 310 on Indian roads. The Akula 310 concept was previewed at the 2016 Auto Expo and the company hinted of the vehicle to be launched in 2017.

The full fairing sports motorcycle was spotted testing in Bangalore Hosur road, and bears a temporary Karnataka registration. TVS has their plant in Mysore and the new Apache RTR 200V was also spotted many a times in Bangalore. 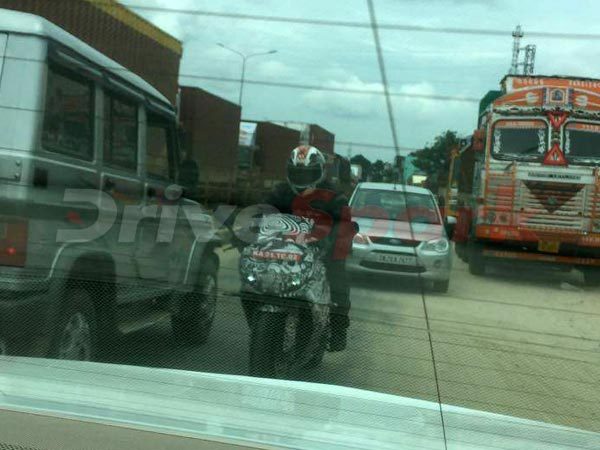 When launched this will be the most powerful TVS from the company’s stable and will also be launched in international markets. According to TVS, the Akula is a result of company’s 33 years of experience in Racing via TVS Racing.

The design is inspired from Killer sharks from where the name is inspired – Akula in Russian means Shark.

The TVS Akula 310 will share some mechanicals from the BMW G310R and both bikes will be powered by the same engine. The motorcycle has been conceived ground up as a track machine, taking inputs from our factory race riders as well as using cutting edge technology

The 313cc single cylinder engine will deliver 34 hp and 28 Nm torque and will be mated to  a six-speed manual transmission. 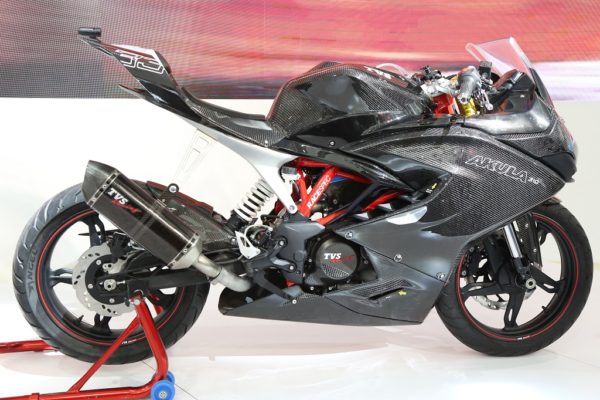 The Akuls 310 when launched will have to battle the established players like Yamaha R3, New Bajaj CS400, KTM Duke RC300 and Ninja 300.

It’s unclear whether TVS will adopt a new brand name Akula for the new motorcycle or use the Apache name and christen it as Apache 300.

TVS Racing wins all podium positions in Group B category, making a clean sweep at the Gulf Monsoon Bhopal Scooter Autocross 2017. TVS Racing team was represented by four participants in the Group B category […]