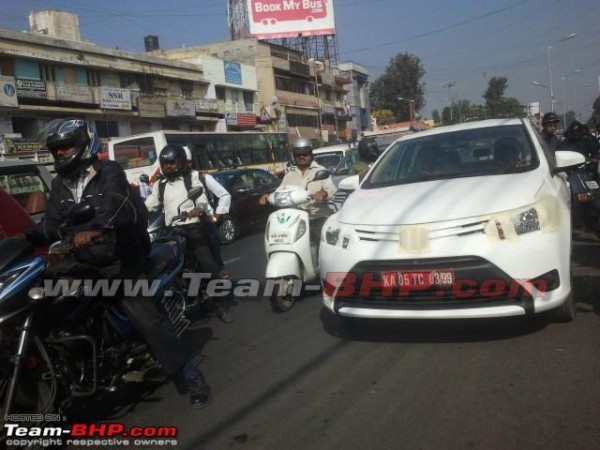 Toyota launched the Etios with a lot of expectations but have not been able to create duplicate the success achieved by the Innova and Fortuner.

The 3rd generation Toyota Vios has been caught testing in Bengaluru and is most likely to see and Indian launch in the next couple of years. It is still not sure if Vios caught testing was imported for R&D purpose or to test it for Indian conditions.

To achieve higher volumes, Toyota Kirloskar Motor could be considering launching a new sedan which will slot between the Etios and Corolla Altis. This also makes a business case as there is a large gap between the Etios and Corolla Altis. The Etios sedan starts at 6 lakhs for the base petrol and goes upto Rs. 8.45 for the top end diesel, while the Corolla Altis starts at Rs. 13 lakhs and the top end costs Rs. 17 lakhs. There seems to be a huge gap and the Vios fits perfectly in this bracket to take on the likes of Honda City, Volkswagen Vento and SKODA Rapid. 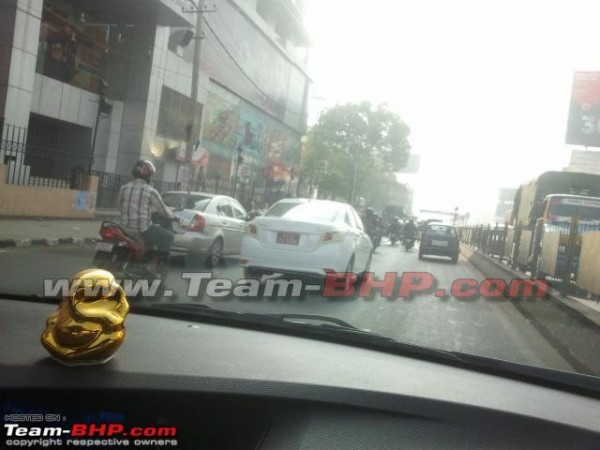 The Toyota Vios is developed primarily for emerging markets in the Asia Pacific region. The first gen Vios was launched in 2002 and is also known as Yaris sedan in the US & Australia. The 3rd generation Vios was unveiled at the March 2013 Bangkok International Motor Show in Thailand and is available with a 1.5 petrol engine with a 5-speed manual and 4-speed automatic transmission option.

The Vios if launched in India will be powered by the 1.5 petrol engine available on the Etios with more power and torque. Diesel engine will be 1.4 D-4D engine which does duty on the Corrolla.

With competition heating up, he hope Toyota launches the Vios in the Indian market soon.