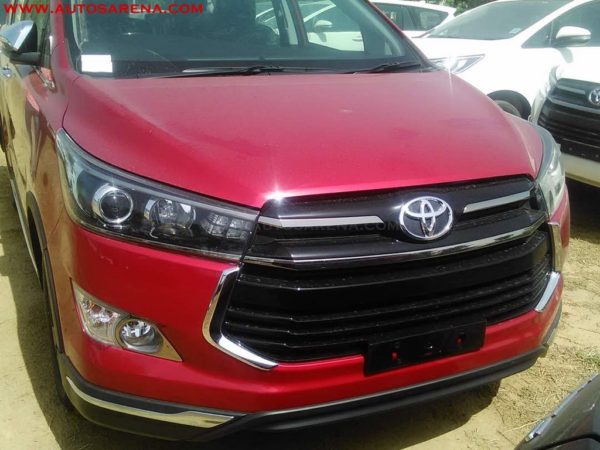 The comes as a surprise as Toyota had been slow with new changes and introduced new editions only on occasions when there was some festive season or when competition introduced a model which could affect sales.

The new Toyota Innova Crysta Touring Sport will be launched on 4th of May and model will be based on the top-end ZX trim.

Toyota has introduced a similar variant in Indonesia called the Venturer. The new variant has been spotted at dealership which looks stunning in new Wine Red.

The Touring Sport features a black body kit includes black body cladding on the bumpers, wheel arches and side skirts for a sportier look. The front grille gets black treatment as compared to the shiny chrome available on the standard Crysta. The car does get chrome ORVMs, door handles, embellishments on front, rear and in the side skirts. The alloy wheels too get black treatment. 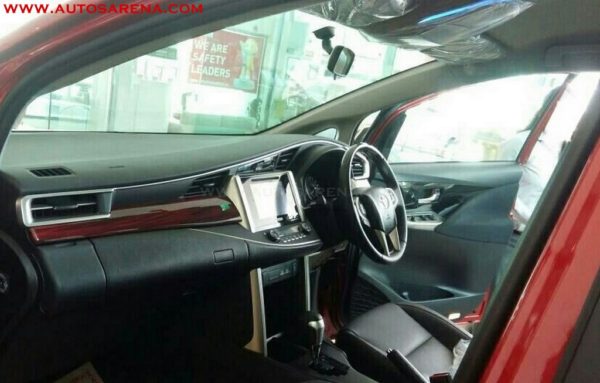 The new Touring Sport edition will be available in an exclusive ‘Wine Red’ and ‘Super White’ colours. On the inside the MPV will come with all black interiors and will be offered in a six seater option only.

The Innova Crysta Touring Sport will be available in 2.8-litre GD series diesel engine that develops 171 Hp along with a peak torque of 360Nm. Transmission options to include automatic and manual gearbox options.

Expect this special edition to be priced at least a Rs. 50,000 over the standard variant.

Toyota pioneered hybrid technology in the global automotive market and since then has successfully introduced it in many developed markets.  In India, after launching the Prius, it debuted the first locally manufactured hybrid – Camry […]