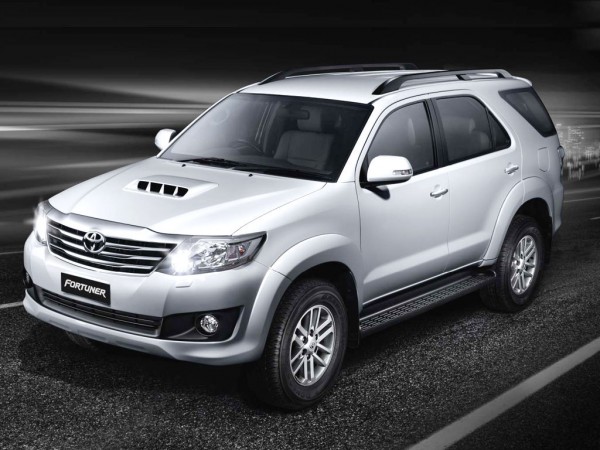 Toyota is gearing to launch new variants of Fortuner with the ongoing festive season in October. The Japanese company plans to launch the Fortuner 2.5 with a 2.5-litre diesel engine and the Fortuner 3.0 4×4 Automatic.

The Fortuner 2.5 will be powered by the 2.5 litre D-4D diesel engine which also does duty on the Innova but will be tuned to produce a higher power output of 106 Kw (144PS )/3,400 rpm and max torque of 343 Nm /1,600-2,800 rpm. The engine will be mated to a 5 speed automatic gear box.  The new 2.5 variant will be the entry level variant of the Fortuner range and prices could start under Rs. 21 lakhs to give a competitive advantage over rivals like the Rexton and Endevaour.

The new 3.0 4×4 automatic will be the top of line variant with no changes to the performance figures.

The Fortuner has been the segment leader since it made its debut in the Indian market. The mode has been facing a competition from new models but has been able to sell 1000 units on an average. With the new variants, Toyota hopes to sell higher number of units.

Toyota registers 21% growth in the month of January 2017

The Toyota Innova Crysta will complete one year this year and the Japanese car maker will introduce a new sporty looking variant of the Innova Crysta – Innova Crysta Touring Sport. The comes as a […]