After rolling out “Drive the Nation” campaign in the year 2016, Toyota Kirloskar Motor initially offered the Etios series under a special package to government officials. Upbeat with the response it got, TKM later added the Corolla Altis in the scheme and now its the turn of the segment leading Innova Crysta to be included in the list. So now, the benefits under the campaign will be applicable to the Etios series, Corolla Altis and Innova Crysta.

“Drive the Nation” campaign offers a range of benefits starting from affordable funding solutions focused on low customer acquisition cost, attractive offers on Toyota Protect Insurance and Toyota Genuine Accessories and unmatched extended warranty. So far the campaign has been highly appreciated across the country contributing to around 7% of the total sales and 11% to Etios sales in the personal segment.

Drive the Nation scheme presents 100% On Road Funding for a tenure of 8 Years for serving and retired government employees with Zero Down Payment and Lowest EMI. “Drive the Nation Champions” have been appointed in each of the sales outlet of Toyota in order to give dedicated attention to all government employee enquiries. This promotional offer will be supported through Toyota’s large sales and service network spread across the country. 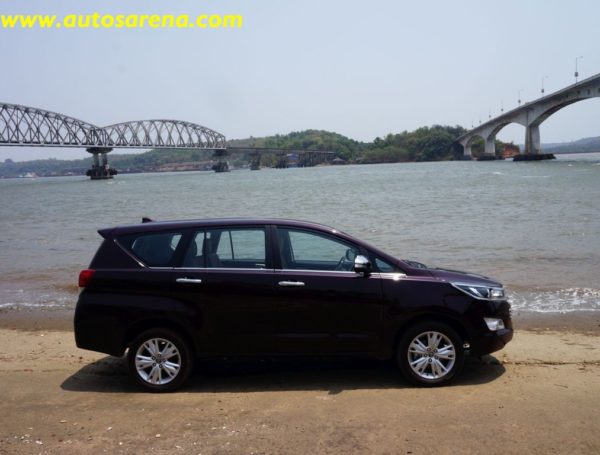 Speaking on the initiative, N Raja, Deputy Managing Director, Toyota Kirloskar Motor Pvt. Ltd said, “Customer delight has been an integral part of Toyota’s growth strategy in India, and we have constantly tried to offer ever better cars and is always a step ahead in bringing value added services to the consumers . “Drive the Nation” is our effort to build a strong relationship with the government employees who are serving our nation with relentless dedication and determination.  Ever since the roll-out of the campaign in 2016, we have received great response which very well reflects the trust that customers have on Toyota products. In line with the growing demand from customers and to further enrich the campaign, we have included the Innova Crysta – the highest selling  legendary MPV in the market known for the supreme luxury, power, safety, high resale value, low cost of maintenance.

We are thankful to our customers for their continued patronage to brand Toyota and hope more government employees become proud Toyota owners”, he added.

The Innova ‘Crysta’ from the brand Innova – synonymous to the MPV segment, is crafted with thoughtful features and great attention to detail, that combines revolutionary technology and sophistication of Toyota. The product comes with tough and sophisticated exterior, enhanced interior, powerful and efficient powertrain and uncompromised luxury with a living-room-like comfort never seen before. Safety being one of the most important aspects in all Toyota vehicles, the product offers standardized 3 SRS Airbags along with ABS, EBD & BA across all grades in the new Innova Crysta.

Toyota Kirloskar Motor today announced having reached a significant milestone of more than 4 lakh happy customers for Etios Series in India.  Launched in 2011, Etios series consist of the Etios sedan, Etios-Liva hatch and […]

Toyota Kirloskar Motor today announced the launch of its 12th Toyota Driving School in the country. Managed by one of the Toyota’s dealerships – Amana Toyota, this is the company’s second driving school in the state […]