Tata Motors today announced that the 1st Tata Harrier rolled out from its all-new assembly line in Pune. The Harrier is one of the most anticipated launches from the house of Tatas and will be launched in early 2019.  The SUV boasts of 90% automation levels with over 100+ KUKA and ABB robots. Harrier is the first vehicle to sport the IMPACT Design 2.0 philosophy and is built as per manufacturing practices adopted from Jaguar Land Rover. 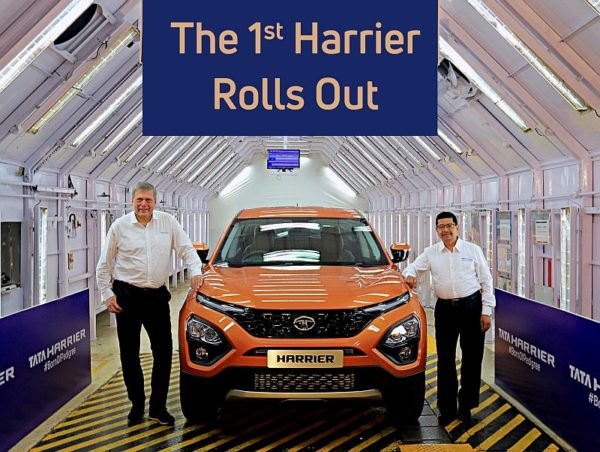 According to Mr. Mayank Pareek, President, Passenger Vehicle Business Unit, Tata Motors -“We have been receiving a tremendous response from the customers ever since we opened bookings of the Harrier, a fortnight ago. With the all- new assembly line ready and the roll out of the 1st Harrier, we are now gearing up to start deliveries in early 2019. The Harrier, with its stunning design will definitely appeal to customers, especially those who have eagerly waited for the product since its showcase as the H5X concept at the Auto Expo 2018. We are confident that the Harrier will set new benchmarks in the SUV segment, in 2019.”

, which is derived from the legendary Land Rover D8 architecture and developed in collaboration with Jaguar Land Rover.

Mystery Truck caught testing, is it the new Tata 1109?

The Pune –Bangalore highway is where one has to spot a vehicle being tested. Be it an upcoming car, SUV, LCV or truck. This time we spotted a Mystery Truck caught testing which was heavily […]

Tata Motors is gearing up for the festive season by offering huge discounts on the entire range of Tata Motors cars. The Automotive industry has been reeling with subdued consumer sentiments, high inventory levels, high-interest […]