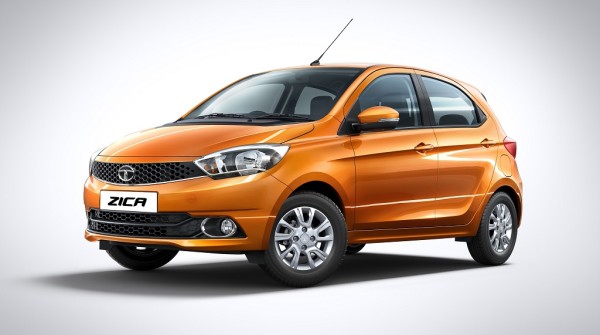 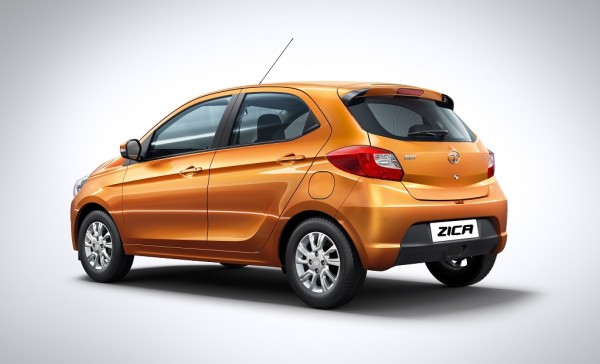 We were the first to uncover the Tata Zica exteriors and interiors in India and now fresh press shots of the car has been released by the company. The Tata Zica looks very distinctive and is arguably one of the best looking cars from the company’s product range so far.

The Zica derives its name from ‘Zippy Car’, will be premiered to the media in this week, and will be officially launched in the market in January 2016, most probably in the first week. We cannot rule at an official launch on 30 December 2000 when the Indica was first launched in India with the tag line with the caption “More car per car.

Engineered on a new platform, Zica comes with innovative & fresh design language, cutting edge driving dynamics. The new the Zica will be positioned below the Tata Bolt and above the Nano, and will replace the Indica, which will continue to be sold in the commercial segment. The new hatch will compete with the likes of Hyundai i10, Maruti Celerio and the Chevrolet Beat.

The Zica will be powered by an all-new three-cylinder 1.2-litre petrol engine, and a three-cylinder 1.05-liter diesel engine which is basically a scaled-down unit of Tata’s 1.4-liter four-cylinder unit. A 5 speed manual transmission and an AMT could be offered.

The Zica’s sports modern interior’s with a roomy cabin and a  2-DIN music system. In terms of safety the car will get dual front airbags, ABS, EBD, rear parking sensors and a rear wiper and washer.

The pricing could start at Rs. 3.5 lakhs for the base petrol.

Read everything about the ZICA here.

Tata Motors has lost ground in the last two years, but the company now plans to come back with many launches in 2014. To start with, the Indian car maker will launch the Nano Twist […]