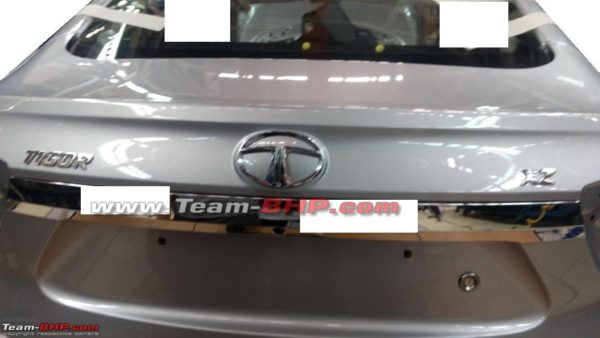 Tata Motors recently announced the name of the compact sedan based on the Kite5 concept as Tigor.

The Tigor which was kept under wraps all this time is now spotted wearing the badges in what looks like in the plant. Based on the Tiago platform the Tigor will be available with the new variant nomenclature and XZ will be the new top trim.

The Tigor will be Tata’s third car based on the company’s new IMPACT design philosophy and will be marketed as a Styleback. 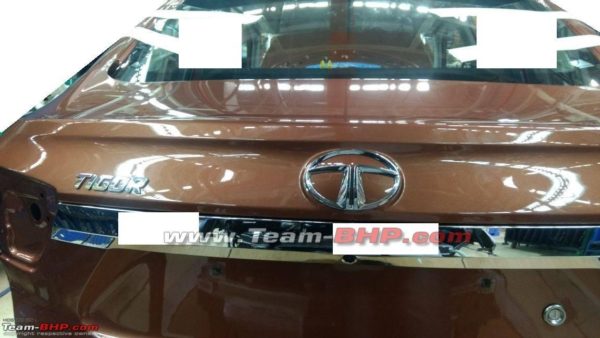 The front is borrowed from the Tiago while the side gets the notchback-like silhouette similar to the one found on the Audi A5 and Hyundai Verna. The car looks stunning as compared to other compact sedans in its segment thanks to the sloping roofline. 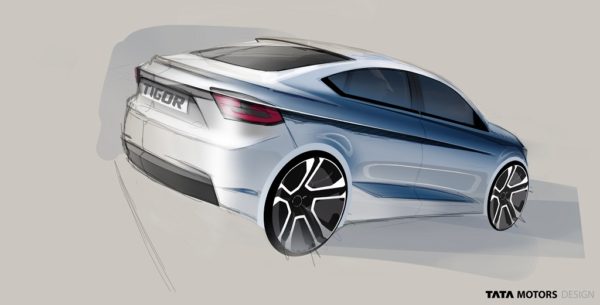 To differentiate between the Tiago and Tigor, Tata Motors will equip the sedan with more features like diamond cut alloy wheels, 5” screen with video playback through USB, on screen SMS display, SMS readout & reverse parking display on the screen, 8 speakers, steering mounted controls, intelligently designed maps from MapMyIndia and music app called Juke-Car App (Android OS only) are the other features. The car will get segment first 420 litres of bootspace.

Powering the car will be the Revotron 1.2L Petrol and Revotorq 1.05L Diesel engines with multi-drive modes – Eco and City.  Both these power plants will come with a 5-speed manual gearbox as standard, while an AMT unit will likely be added at a later date.

The Tigor will be launched end of March 2017.

Tata Motors Tiago has crossed a new milestone with the company manufacturing 10000 units since it commercial launch in April. The Tiago hatch is one of the best looking car in the segment but has […]