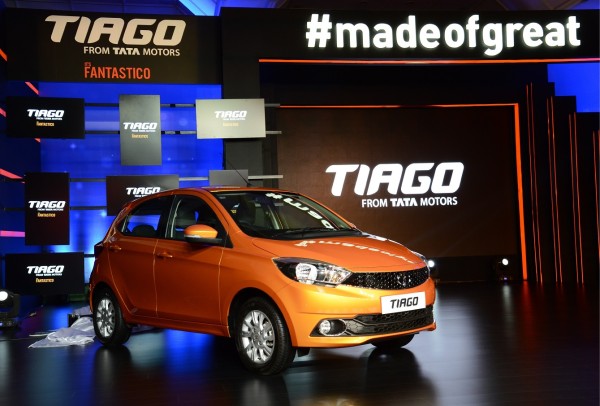 Tata Motors enters 10 ten models list after a gap of more than 3 years.

Tata Motors Tiago has finally entered the top tem models list which has largely been dominated by Maruti Suzuki and Hyundai. The Tiago which sold 6,008 units in November contributed 47 percent of the total passenger vehicles sales of Tata Motors.

Sales were down by 100 units as compared to previous month. The company sold 12,736 passenger vehicles in November which makes Tata Motors the third largest car maker in India.

The Tiago since launch has been able to sell an average of 5000 units per month and the company has received over 50,000 bookings so far. The Tiago petrol has higher demand as compared to the diesel. 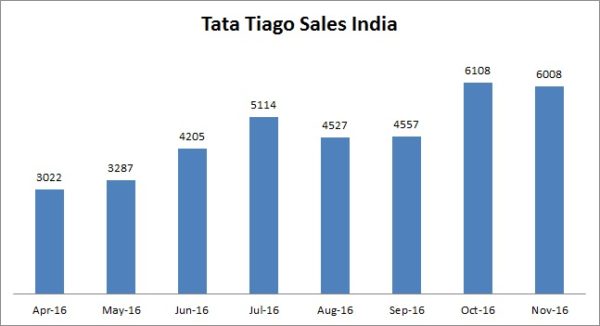 The Tiago with IMPACT design language has been able to lure customers. The car offered with a host features such as:

The Tiago competes with the likes of Hyundai i10, Maruti Suzuki Celerio and Chevrolet Beat.

Demonetization has affected sales of cars and the results show the huge drop in sales for models like the City, Elite i20 and Grand i10. Maruti models have been less affected from demonetization.