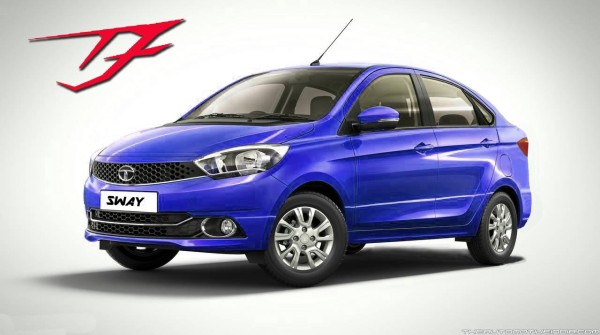 Tata Motors is gearing to launch their second new product; a compact sedan based on the Zica platform. The Sway compact sedan as it is mostly likely to be called will be unveiled at the 2016 Auto Expo alongside the new compact SUV from Tata Motors.

The Sway sedan is largely the sedan version of the Zica hatchback and will be the third compact sedan from Tata’s portfolio. The Sway sedan will replace the ageing Indigo eCS in metro cities and is expected to be priced very aggressively when launched mid 2016.

The Automotive India forum member DJ Bro’ has rendered the vehicle which mainly shows the extended boot attached to the Zica.

The Tata Sway sedan will be the second product to be influenced by Tata’s new design language called the ‘IMPACT’. When launched the car could get an aggressive price tag of Rs. 4 Lakhs.

Tata Kite 5 sedan to be called Viago or Altigo, launch in 2017