In what can be a typically game changing move from Tata Motors, the popular Nano is being tested with an all electric power-train. Considering the fact that Tata had banked heavily on its success way back when it was launched, the Nano couldn’t quite stamp its authority on the Indian market. It will be interesting to see as to how the Indian public respond to the electric variant.

The Nano EV(as it is referred to) cosmetically remains similar to the present Nano, although there have been many alterations with the dynamics of the vehicle. The ride-height and overall center of gravity of the has comparatively gone down(probably due to the heavy battery packages) which will result in a much stable drive. The car is expected to retain its rear-wheel drive layout with the battery package being accomodated under the seat. 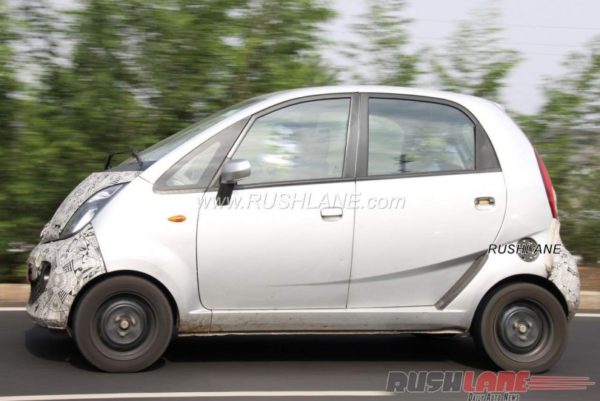 If and when its launched it will get a stiff competition from the likes of Mahindra e20 which hasn’t been quite successful owing its high value proposition. This is where Tata shouldn’t falter if it wants to score high with the Tata Nano electric. The Indian car maker must also be careful about the safety issues associated with the Nano as it came with came with quite a few when it was launched.

The growth of hybrid as well as electric vehicle segment is virtually the need of the hour as the conventional sources of fuel aren’t here to stay for long. On the contrary though, the Indian public hasn’t received these set of vehicles with complete acceptance. It will be really interesting to see how Tata motors reacts to this current scenario.

Tata Motors announced the launch of the REVOTRON Series, the next – generation Petrol engine family that will power its future models. Tata Motors unveiled the first petrol engine from its REVOTRON series – the […]

Tata Motors today launched an updated version of its premium compact sedan Tigor. While the car gets restyled interiors and exteriors, it retains the same 1.2L Revotron Petrol and 1.05L Revotorq diesel engines. Commenting at the launch […]