Tata Motors unveiled two new products – the Bolt hatch & Zest sedan a day before the Auto Expo in February which will completely change the image of Tata Motors. Betting heavenly to change the perception, the Indian automaker is working hard to launch a completely right product from day 1.

The Zest has been caught testing a number of times mainly around the NH4 and outskirts of Pune. Our reader Srikrishna Mauzo from Goa has caught the test of Zest with a slightly different grille on the NH4. 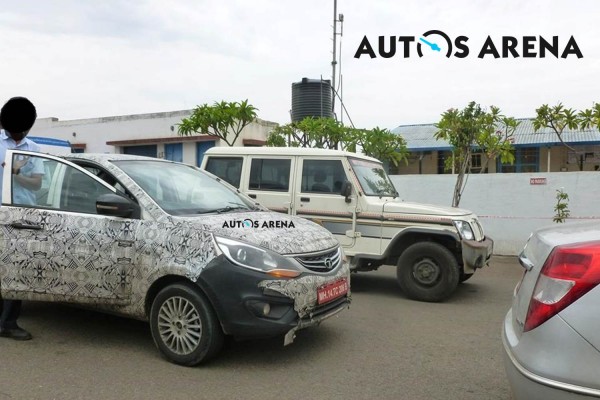 The car was heavily camouflaged and sported black bumpers, ORVMs with turn indicators and door handles. Alloy wheels seemed to be used from the older Manza. Chances of Tata Motors launching a base variant with the above looks seems unlikely as the Zest will be positioned as a premium product and may not be sold in the Taxi market like the Indigo eCS.

The Zest will be offered with two engine options: 1.2 turbo petrol Revotron which makes its first debut in the new Bolt & Zest and the tried & tested 1.3 Multijet. Tata will also offer the Zest with a AMT in the diesel which will be first automatic with diesel engine in the compact sedan segment.

The launch will happen in July and Tata Motors has planned a massive marketing campaign to reach a lager base of audiences.

After a grand marketing blitzkrieg, Indian auto makers, Tata Motors have launched their first new-generation product the Zest compact sedan India. The company is betting big on the Zest and hopes to revive its image […]