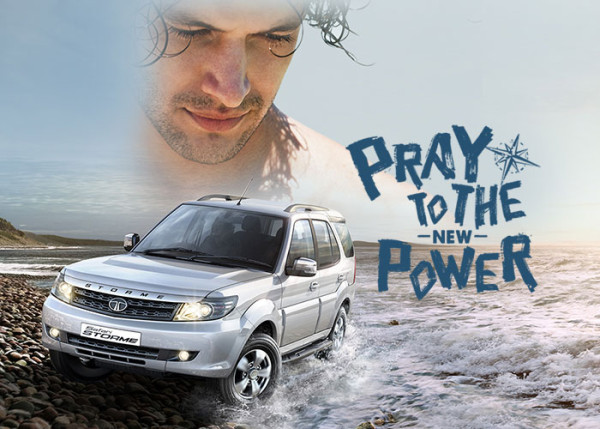 Tata Motors has introduced a new variant of the real SUV Safari Storme. The Safari Storme with Varicor 400 comes with a more powerful engine with enhanced power and torque.

The Safari Storme Varicor 400 is currently offered on the VX trim in 4×2 wheel drive and is priced at Rs 13.52 lakh (ex-showroom, Delhi).

The Varicor 400 is essentially the same Varicor engine which made debut in the facelifted Safari Storme in June (link). The new Varicor 400 version develops 156 Ps @ 4000 rpm and whopping 400 Nm @ 1750-2000 rpm of max torque. The motor paired to a new G6450 six-speed manual gearbox and shift-on-the-fly all-wheel drive. The lower variants of the Safari Storme continue to use a five-speed manual gearbox and the 150 PS Power & 320 NM Torque Varicor engine. Another mechanical change is the new slef adjusting clutch which reduces pedal effort and enhances clutch life.

The 400 Nm of max torque put the Safari in the league of Fortuner and Pajero Sports.

The Safari Storme Varicor 400 gets no changes on the exterior except for the new Varicor 400 badging.

The pan India launch will happen in a few days and this engine will also power the new Hexa crossover which could make its debut at the 2016 Auto Expo.

Tata Motors is organizing a special customer preview program – ‘Discover The Harrier’, across the country starting 17th December, 2018. The first such special preview event will be organised at the CyberHub, Gurgaon between 17th to 19th December, 2018. This exclusive […]