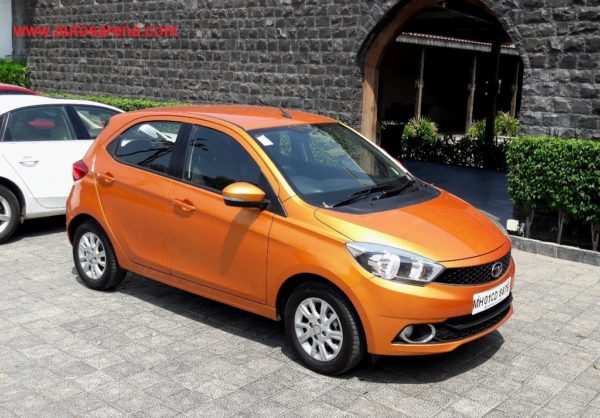 According to TeamBHP, the Tiago AMT in XT variant (XTA) is expected to be launched in the second or third week of September. The company plans to makes 300 units for the month of August and the production will be increased to 500 units in the coming months.

With the introduction of XTA, Tata Motors is looking to bring down the entry price for its sole AT version in the Tiago range.

The Tiago AMT comes equipped with four gear positions – Automatic, Neutral, Reverse and Manual. In addition, it boasts of 2 drive modes– Sports & City a first-in-class. One can also drive the car in manual mode for quicker gear shifts. The Creep Feature is useful in heavy traffic maneuverability and parking ease.

Maruti Suzuki on the other had has introduced the AMT gear box on all variants of the Celerio and Ignis (Petrol & Diesel). Tata Motors is also planning to launch a limited edition Tiago which could also be launched in September 2017.

The Tata Nexon is winning hearts not only in India but also in our neighbouring countries. After making a successful debut in Srilanka, Tata Motors along with its distributor, Nitol Motors Ltd announced the launch of […]

Tata Motors is showcasing its latest commercial vehicle products, technologies and services at its advanced trucking expo – ‘TRUCK WORLD’ in Hubli. The company has been taking this event to major cities and towns in […]

Tata Motors is gearing to launch their second new product; a compact sedan based on the Zica platform. The Sway compact sedan as it is mostly likely to be called will be unveiled at the […]