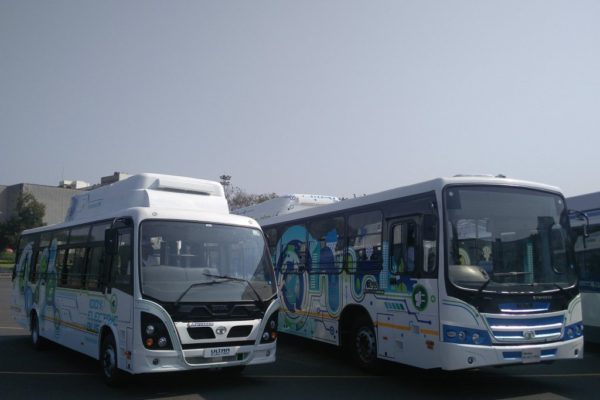 The electric bus is built on the Ultra platform and is available in two variants – 9m and 12m with Semi-Low Floor (SLF) of 650mm. These buses are fitted with CCTV cameras, Intelligence Transport Systems (ITS) for public information and GPS. 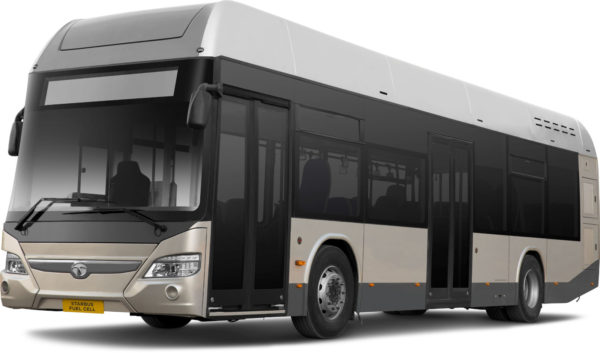 Combining hydrogen gas and oxygen, the Starbus Fuel Cell in turn produces electricity to power the electric motor, with water and heat as a by-product, for Zero tailpipe emission.

Besides its partnership with ACGL of Goa for bus bodies, Tata Motors also has a joint venture with Marcopolo S.A. of Brazil, one of the largest bus body manufactures’ in the world, for fully built bus (FBV) solutions.

Tata Motors Articulated Bus (18m) is designed to carry more passengers (120+ versus 50-80), owing to its body design. The bus was also showcased at the 2016 Auto Expo. Articulated Bus can in turn scale up pphpd (passengers per hour per direction) without increased investments in infrastructure.

Articulated buses are most suitable for Bus rapid transit system (BRTS) as they have higher capacity and can thus carry more passenger per hour per direction.

They are prototypes and could be launched in future to meet the future emission standards.

Way back in the year 1998, when TATA’s first passenger car Indica was launched, its tagline read ‘More Car Per Car’ and this is the philosophy TATA follows to date by offering cars that are […]

Tata Hexa has received 3000 plus bookings so far. Tata Motors is all set to officially announce the price of the much awaited Hexa SUV in the Indian market. Hexa which was first shown as […]