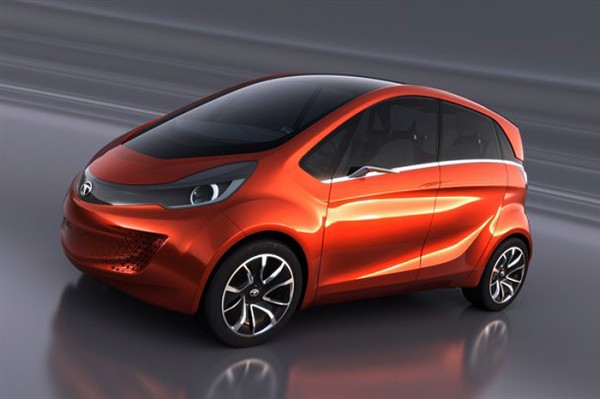 After the Zest and the Bolt, Tata Motors is working on a new small car which will help the company to take on the likes of the Wagon R, Figo, i10 and Beat. The new small car code named Kite and will help Tata Motors to cater to a larger target audience in the compact car segment which makes about 30% of the total number of cars sold in India.

With shrinking numbers of the Indica and Nano small cars, Tata Motors needs a model which will help to bridge the gap between the Nano and Bolt premium hatchback. The Kite will be the second tall boy design after the Nano could be based on the Megapixel concept which the company had showcased at the 2012 Geneva Motor show.

Except the design to be on the lines of the new Bolt & Zest with premium styling, plush interiors and packed with a number of gadgets to make the car look like a better proposition. The new small car will be launched in 2015 and made at the Sanand plant currently where the Nano is manufactured.

The Sanand plant has an installed capacity of 250,000 of which only 10 is utilized yearly. Tata plans to better utilize the capacity and the new car could help get higher numbers.

Tata Motors will be launching the Zest Sedan in August quickly followed by the Bolt which will be launched with a gap of 2-3 weeks.

Tata Motors is most likely to launch the Ultra 614 (Ultra Narrow) which comes with a narrow cabin for better manoeuvrability in the Indian and international markets. The new Ultra Narrow was showcased at the […]

Tata Motors announced that its fast selling compact SUV – Nexon has been certified with 4-star rating by Global NCAP, the highest adult safety score among all vehicles tested in India. The Nexon outperformed its rivals with […]

Tata Zest with dual airbags gets 4 stars in Global NCAP. As a part of the SaferCarsForIndia progema, Global NCAP has crash tested the Tata Zest. The company tested two versions of the compact sedan, […]