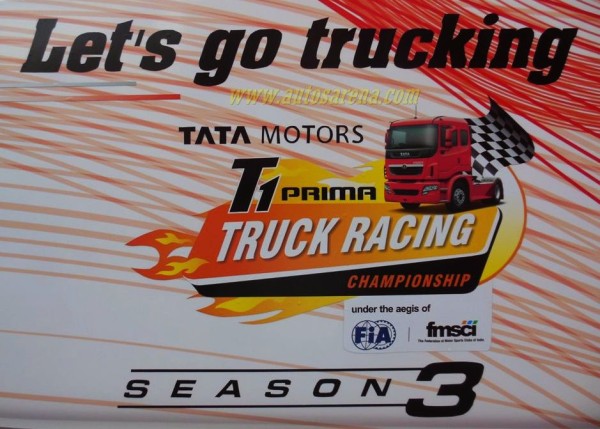 In a jam packed press meet held in Mumbai today, Tata Motors shared details of 17 potential Indian truck drivers, who will compete against each other in the final round, Level 4, of the T1 Racer program (TRP), organised by Tata Motors, for the very first time. The final round of the TRP, will determine 12 Indian truck racing finalists who will compete against each other, in Season 3 of the T1 Prima Truck Racing Championship 2016, scheduled to be held at the famed Buddh International Circuit (BIC), Greater Noida, on March 20, 2016. 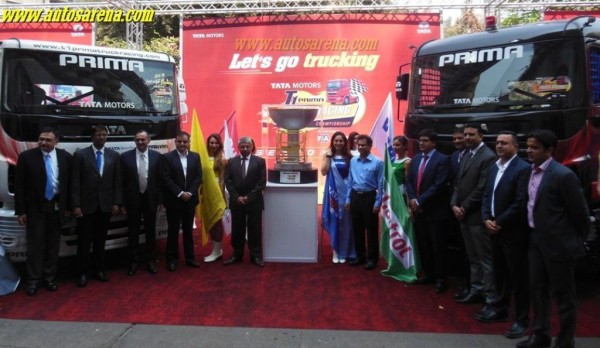 Launched in 2014, the T1 Prima Truck Racing Championship was launched by Tata Motors to add an exciting dimension of truck racing, to one of the largest trucking markets in the world. Over the last two years, the event showcased the best talent in International truck racing, as well as the latest advancements in trucking technologies by Tata Motors. While season 1 of the T1 Prima Truck Racing Championship witnessed over 25,000 spectators in its debut race, this was followed by over 50,000 cheering enthusiasts in Season 2, held in March 2015.

For season 3, Tata Motors kicked-off the T1 Racer Program. So far, 17 Indian truck drivers have been selected via the program, from a pool of over 550 driver entries, from Tata Motors customer base. These 17 drivers will be further narrowed down to 12, to compete against each other, at the internationally acclaimed Buddh International Circuit, Greater Noida.

Like earlier, Season 3 of the championship will continue to host experienced international drivers representing six teams and featuring 12 Tata Prima race trucks built for the purpose. On the race day, there will be two race categories, with four races 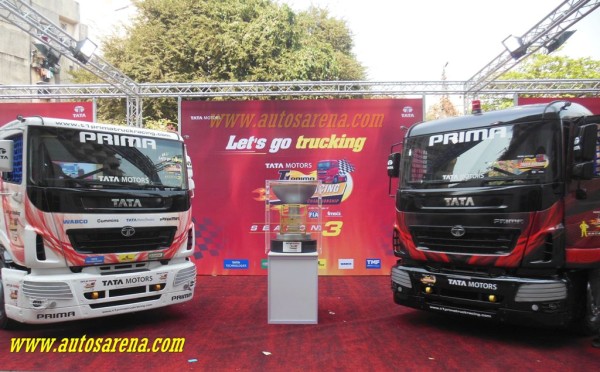 Tata Motors conceptualized and introduced a new Indian Race Truck Driver selection and training program, based on the company’s strategic objective, of making the profession of truck driving aspirational and at the same time; act as a catalyst to induct drivers, into the future of T1. This was primarily because, driving a commercial vehicle was not necessarily a consideration for one’s livelihood any more, given harsh working conditions, constant pressures to deliver on time, along a number of multiple employment options that have come up in the last couple of year. Also given that professional truck racing was a concept alien to India, there wasn’t a readily available pool of Indian drivers that could compete on the race track. This led to the inception of the ‘T1 Racer Program’, a driver development initiative, aimed at creating ‘Prima Racers’, out of ordinary truck drivers.

Commenting on the occasion, Mr. Ravi Pisharody, Executive Director, Commercial Vehicle Business Unit, Tata Motors, said, “Trucking is vitally important to the nation’s economy and the T1 Racer Program has been designed to help put a name and face to the men, who deliver essential commodities across the country every day. Since inception in 2014, with the T1 Prima Truck Racing Championship, we had made a conscious decision to give Indian drivers an opportunity to be part of this prestigious event, and today, are in the process of selecting the final 12. We are proud to have collaborated with our customers for a shared vision in promoting the profession of truck driving and are excited and honoured to have these individuals, as the newest members of the T1 Prima Truck Racing Championship.” 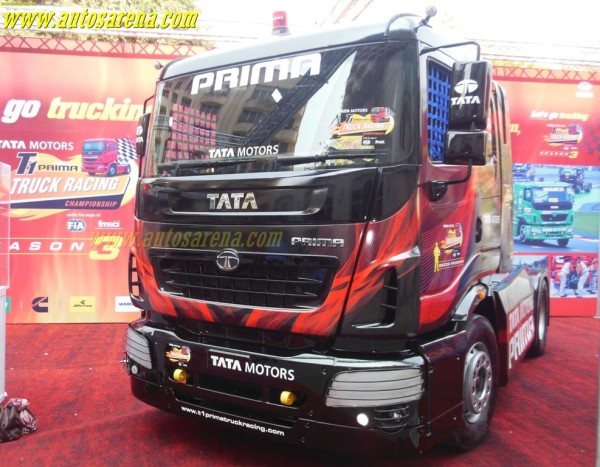 Mr. R. Ramakrishnan, Senior Vice President, Product Strategy & Planning and Customer Value Creation, Commercial Vehicle Business Unit, Tata Motors, said, “In season 1 we created history, by hosting the very first truck race here in India. In season 2, we showcased race trucks that were ‘Bigger, Better & Faster’. In season 3, Tata Motors is unfolding a new chapter in the history of Indian trucking, with a theme of ‘India to the World’ involving Indian talent, and is all set to create history yet again, in the one of the world largest commercial vehicle markets. With the T1 Racer Program having attracted over 550 nominations from our customers businesses, the ones shortlisted through the program today, are based on driving experience, average kilometres driven in a year, along with the experience of negotiating different terrains. 17 have passed the Level 3 of the Indian Truck Racer program. The final 12 will be decided after level 4. We wish them the very best.” 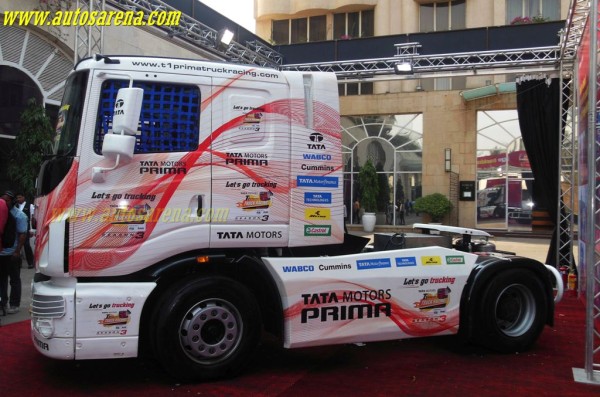 While Season 3 will witness Indian drivers competing in black Prima race trucks, which are identical to each other – in look and built, the six teams competing in the Pro Class of the T1 Prima Truck Racing Championship Season 3, will represent teams, who participated in the previous two seasons of the championship, with one new team. These are –

Tata Motors has also partnered with some of the country’s leading automotive brands, for Season 3 of the T1 Prima Truck Racing Championship. These are –

The T1 Prima Truck Racing Championship is organized by MMSC (Madras Motor Sports Club) and is inscribed on the calendars of FIA (Federation Internationale de l’Automobile) and FMSCI (the Federation of Motor Sports Clubs of India) with safety and performance standards being followed as per the guidelines of the BTRA (British Truck Racing Association), who also play in role in the selection of the best British and European Race Truck Drivers, that compete in the T1 Championship.

Reduced Centre of gravity by 100 mm, to improve dynamic stability at high speeds 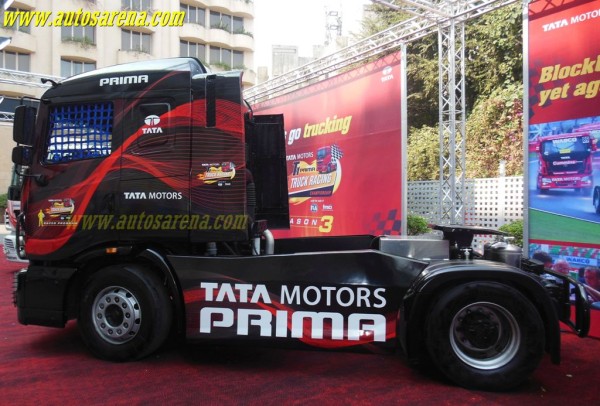 About the Tata Prima Range

Being developed with Tata Motors subsidiary – Tata Daewoo Commercial Vehicles (TDCV), Tata Motors conceived the award winning Tata Prima range, setting new benchmarks in the performance and design of a next-generation commercial vehicle, based on superior technology, optimum power, fuel efficiency and safety. Built with technical inputs from across the world, the Tata Prima range is based on an Italian cab design, engine technology from the US and Europe, gearbox expertise from Germany, chassis frame know-how from Mexico, sheet metal dies from Japan and Korea, combining Swedish precision on a robotic weld line, hence is also referred to as the ‘World truck’ by Tata Motors. Equipped with strong aggregates and a robust chassis frame and suspension, the Tata Prima range meets the highest operating standards under extreme conditions, thanks to outstanding material and build quality, comfort, driving dynamics, offering customers with of lowest cost of operations.

Tata Motors Limited is India’s largest automobile company, with consolidated revenues of INR 2,62,796 crores (USD 42.04 billion) in 2014-15. Through subsidiaries and associate companies, Tata Motors has operations in the UK, South Korea, Thailand, South Africa and Indonesia. Among them is Jaguar Land Rover, the business comprising the two iconic British brands. It also has an industrial joint venture with Fiat in India.  With over 8 million Tata vehicles plying in India, Tata Motors is the country’s market leader in commercial vehicles and among the top in passenger vehicles. Tata cars, buses and trucks are being marketed in several countries in Europe, Africa, the Middle East, South Asia, South East Asia, South America, Australia, CIS and Russia. 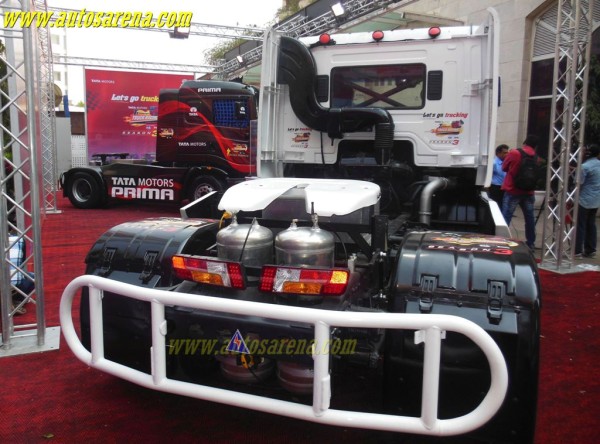