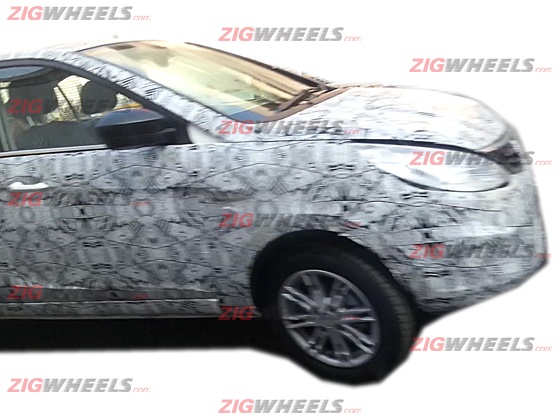 Tata Motors had announced the launch of two new products to be unveiled at the 2014 Auto Expo, new Vista with a 1.2 Bi-turbo petrol engine (Falcon 4) and the Manza Compact Sedan (Falcon 5). The Falcon 4 has been caught testing in Indian and outside Indian many times but the Manza remain in covers for quite some time. 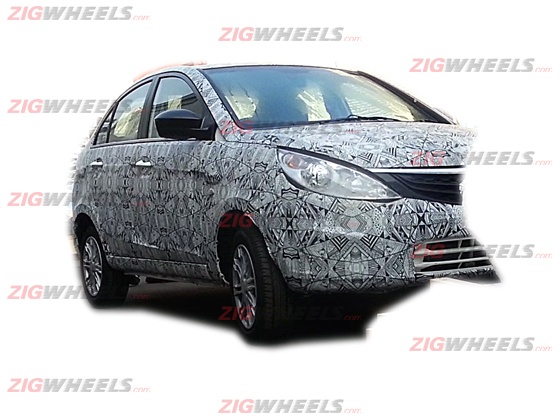 Thanks to our friends at Zigwheels who have leaked the first images of the Manza CS which has been spotted for the first time.

The new Manza CS is based on the Vista platform and will be powered by the company’s new 1.2 Turbo petrol engine. The test mules spied may not exactly resemble the final product but the overall profile will largely remain the same. 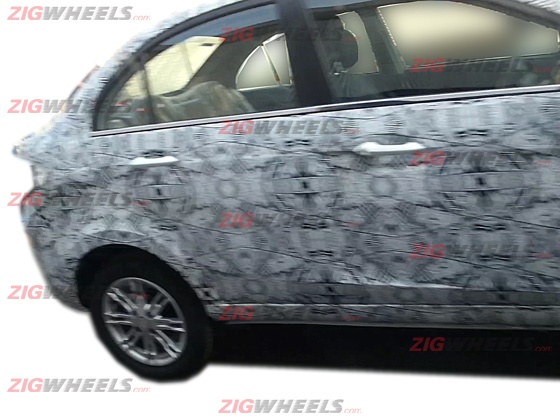 We can expect the Manza CS to borrow many design cues from the Vista Falcon 4 with new headlamps, driver oriented dashboard, neatly integrated rear boot and new tailamps. The car will be laoded with features like 2 DIN touchscreen infotainment system with Blue5, steering mounted audio controls, ABS+EBD, dual airbags and other comfort features. 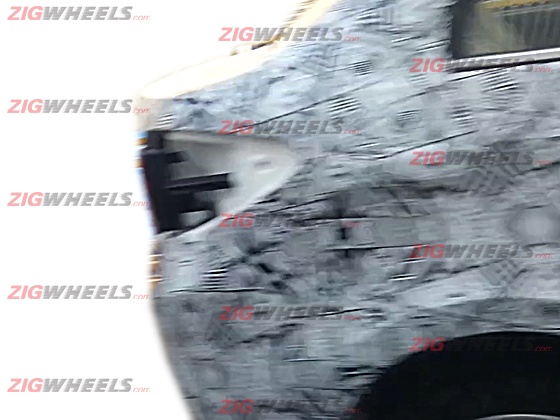 We hope Tata equips the Manza CS with a 90hp tune 1.3 Quadrajet engine which offers a good balance of power and fuel efficiency.

Tata Motors is going to unveil the new small car Zica in Goa on the 1st of December. The car has been spotted numerous times in India testing across different regions. We have managed to […]

In a jam packed press meet held in Mumbai today, Tata Motors shared details of 17 potential Indian truck drivers, who will compete against each other in the final round, Level 4, of the […]