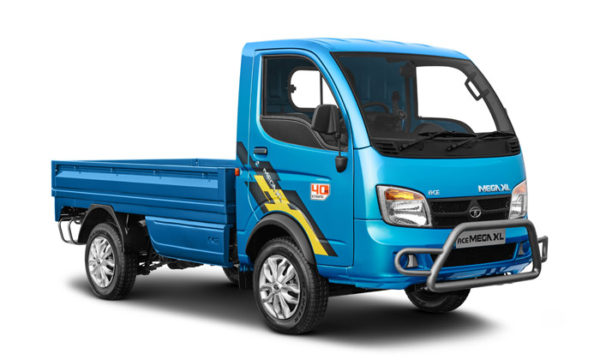 Tata Motors is going to extend the Small Commercial Vehicles (SCV) range with the launch of Ace XL, Ace Mega XL and Ace Zip XL. The new SCV’s are expected to be launched In April 2017 and will help to further expand the market for the Ace platform which has been dominating its segment since its launch.

The XL variants of the popular Ace will help to compete with the like of Jeeto mini truck which comes with different load, engine and body length sizes. The company will also refresh the interiors and will offer power steering as standard (this is a much needed feature).

According to ET the variants on Ace platform will be BS4 complaint, be able to handle higher payload and withstand more abuse than the current variants.

The new variants will help to further address the changing needs of last-mile transportation industry.

Tata Motors has a 62% share in the 1.0-1.25 tonne mini-truck segment, but has lost 10% market share in the last 3 years mainly to Mahindra & Mahindra who introduced new products like Jeeto and Supro.

The Ashok Leyland Dost has been losing its popularity but there are new entrants like Eicher Polaris Multix and Maruti Suzuki Carry.

Tata Motors is working on re-inventing itself both in the passenger and commercial vehicle division. The company recently launched the Xenon Yodha and also signed Akshay Kumar as the new brand ambassador for the CV range.

Tata Motors commenced pre-bookings for the Tata TIGOR compact sedan.The new Tata TIGOR StyleBack will launched on the 29th of March and the company is accepting bookings across all authorized dealership with a booking amount […]