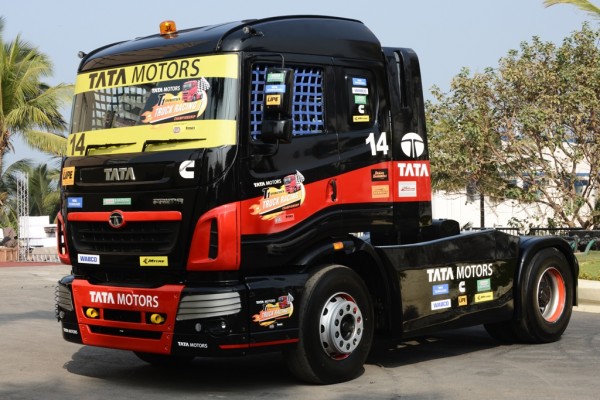 Tata T1 PRIMA TRUCK RACING CHAMPIONSHIP is back and this time it promises to bigger and more entertaining. After two spectacular years of action-packed Truck Racing in India, Tata Motors is all set to kick-off Season III of the T1 PRIMA TRUCK RACING CHAMPIONSHIP 2016, at the Buddh International Circuit, Greater Noida, beginning Saturday, March 19.

In keeping with its commitment of making trucking aspirational for Indian drivers and bringing them to truck racing, Season III of T1 Prima Truck Racing Championship will feature Indian truck drivers race for the first time.

The championship will continue to host experienced international drivers representing six teams, featuring 12 Tata PRIMA race trucks built for the purpose. There will be two race categories, with four races

T1 2016, Season 3 will also host some of the country’s most prominent names from the music and entertainment scene. From the sensational Hip Hop heartthrob Badshah to the vivacious damsel of melody, Neeti Mohan, the scintillating Garima Yajnik with her foot-tapping Indo-western numbers and last but not the least, the ruling diva of Bollywood music with her memorable feast of melody and dance numbers, Sunidhi Chauhan, are few amongst the many other surprises that T1 season 3 has to offer.

Tata Motors has also partnered with some of the country’s leading automotive brands, for Season 3 of the T1 PRIMA Truck Racing Championship. These are –

The T1 PRIMA TRUCK RACING CHAMPIONSHIP is organized by MMSC (Madras Motor Sports Club) and is inscribed on the calendars of FIA (Federation Internationale de l’Automobile) and FMSCI (the Federation of Motor Sports Clubs of India) with safety and performance standards being followed as per the guidelines of the BTRA (British Truck Racing Association), who also play in role in the selection of the best British and European Race Truck Drivers, that compete in the T1 Championship.

Tata Motors has undertaken significant changes, for increased performance and safety. Following are some of the technical advancement made to the T1 2016 race truck –

Tata Motors announced Tata Tiago hatchback has crossed one lakh bookings in the domestic market. Tata Motors Tiago has been the most successful launch in recent times and has helped to capture target many new customers. First […]

Tata Tiago launch on 6th April Bookings opened on March 10 Tata Motors is all set to launch the Tiago hatchback in the Indian market on the 6th of April. The car has already seen […]