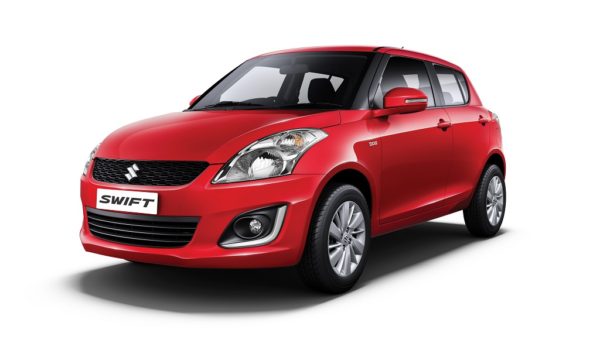 Suzuki Motor Corporation, announced the Swift crossing a new milestone of five million units sales worldwide. An important fact is India accounts for 54% of that number, with 2.7 million units of Swift and Swift DZire sold so far.

Launched in 2005, Maruti Suzuki Swift is loved and celebrated by millions of Indians. It has been a bestseller through the decade. It has surpassed its own records year after year.

Swift’s attitude, performance and sporty looks have ensured it stays on top, undistracted by competition. Swift has broken the myth of the so-called “big car features” by offering them in a compact car and along the way, creating a new upper A2 segment in the industry.

Swift is the only car brand in India that has swept Car of the Year Awards, twice over, once when it was launched (2005) and again when the full model change was introduced (2011). In its latest avatar, launched in October 2014, Swift Diesel saw a 10 per cent increase in fuel efficiency while Swift Petrol improved by 9.6 per cent.

Swift DZire, launched in 2008, is India’s best-selling sedan for the last three years. It has been a category leader since launch and has helped Maruti Suzuki strengthen its presence in the entry sedan segment.

Suzuki Motor Corporation’s compact car Swift, which was launched as a world strategic model in November 2004, has reached cumulative worldwide sales of five million units in early April 2016 (eleven years and five months since the start of sales in 2004).

The Swift is truly a world strategic car, having been produced in countries including Japan, Hungary, India, China, Pakistan, and Thailand, and favoured and widely accepted globally from emerging market such as India, to developed market such as Japan and Europe.

The Swift is currently produced in seven countries worldwide, and has been favoured in more than 140 countries and regions around the world.

Suzuki next-gen Swift to be launched in 2017, India launch could happen in second half of 2017 The ever popular and stylish Maruti Suzuki Swift is set for a make over and is expected to hit […]