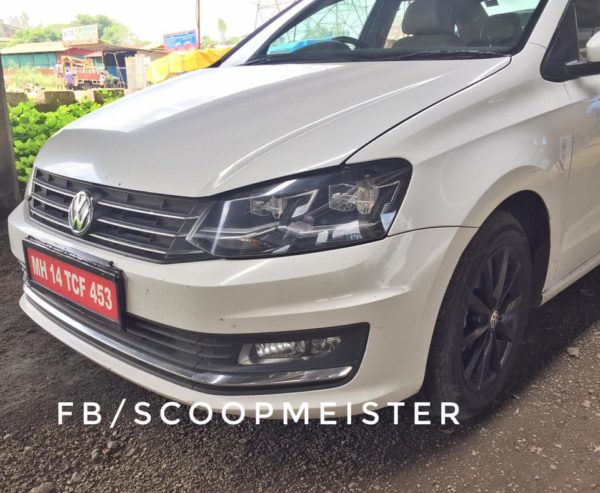 Volkswagen to give Vento another update to keep it fresh and going.

The C segment which has been facing tough completion from compact SUV and Crossovers will see a lot of activity as all the automakers in this segment are planning to launch new gen models or facelifts.

German luxury car maker too will join the party with the updated Vento. The sedan was spotted with new headlamps and black alloy wheels. Volkswagen had showcased a similar looking Vento at the 2016 Auto Expo.

The big updated on the exterior are the new LED headlamps with LED DRLs which gives the car a more premium look. Black alloy wheels adds to the sporty look while chrome elements give the Vento a very premium appeal. 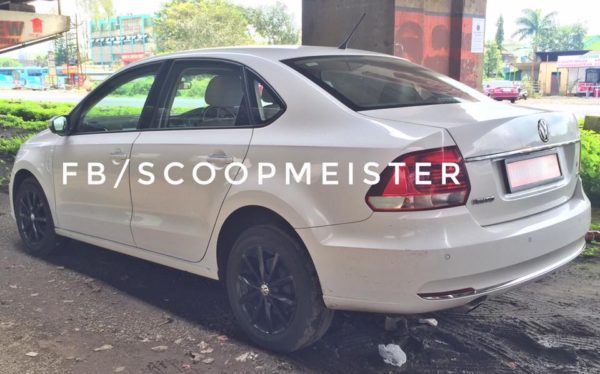 Under the hood the Vento will also get a more powerful diesel engine which could produce upto 120 Ps. Engine options when launch will include the 1.6 MPI, 1.2 TSI Petrol and new 1.5 TDI diesel engine. Transmission options include the 5 speed Manual and 7 speed DSG on the diesel.

ABS, EBD, Dual airbags will be standard from base variant and will also get camera with rear parking sensors.

Volkswagen has been expanding the dealer network and is also working a new product line-up which includes the premium sedan Passat, new Polo, Tiguan SUV and a compact SUV.

Volkswagen is speeding up its transition to a software-driven mobility business.

Volkswagen is making strides toward becoming a software-driven mobility service. The organisation will systematically plan for the profound changes in the automotive industry in good time by implementing the ACCELERATE strategy, which was recently announced. […]

Volkswagen launched a sportier and powerful variant of the Polo hatch, the Polo GT TSI in the Indian market. The new variant replaces the Polo 1.6 and is powered by a new 1.2 TSI petrol […]