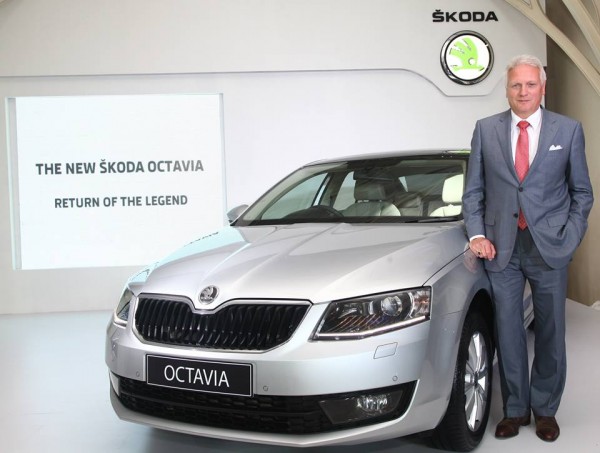 Return of the legend, says Czech automaker Skoda. The Octavia makes a comeback in the Indian market after being discontinued for 3 years. Skoda will introduce the latest generation of the new Octavia in the Indian market during the festive season which is based on the MQB platform.

The Octavia is the bestselling model and also launched the Skoda brand in the Indian market. The new sedan well technically it’s a liftback (also known as a hatchback) will boast of great roominess, latest technology, high functionality and will offer the best value for money.

The Octavia is going to play a very crucial for the automaker to bring back its lost confidence and enhance its image in the Indian market. The car will also help the company to increase its sales which has seen a big dip in the recent years.

Even the Škoda CEO Prof. Dr.h.c. Winfried Vahland mention the Octavia is “by far our most important model in the Indian market is also an engine of growth for the company.”

Important pointers from the press event:

Skoda has not announced the official launch date and prices and just said it will be during the festive season. We expect the launch to happen by end of September.

Stay tuned for more updates on the Skoda new Octavia

ŠKODA Rapid to be available with Black Package

ŠKODA will soon be introducing the MY2015 Rapid sedan in the Indian market. The Rapid is now the entry level car for the Czech manufacturer after Fabia hatch being discontinued in 2013. The car is […]

ŠKODA AUTO India launches ‘MyŠKODA’ app version 2.0. The app is designed to provide a single-window interface to increase transparency with the brand and provide a hassle-free ownership experience for the customer. For the first […]