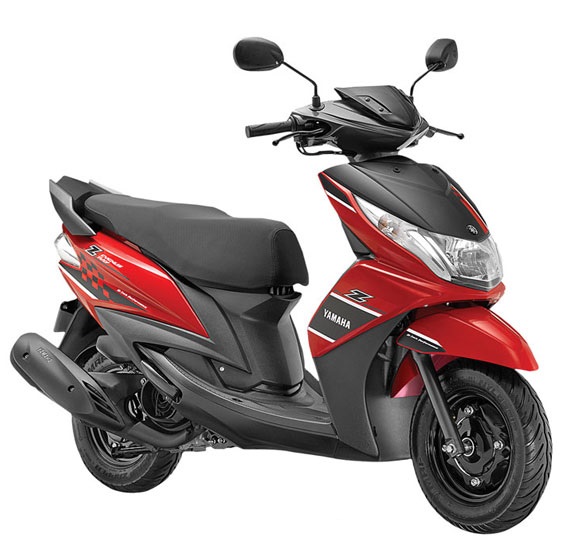 Yamaha Motor India seems to have shifted focus on scooter from motorcycles. 2013 saw the launch of the Ray and Ray Z scooters. At the 2014 Auto Expo the Japanese two wheeler maker launched the Alpha family scooter powered by 113cc engine which also does duty on the Ray.

With Honda launching the Activa 125, Yamaha to plans to join the 125cc scooter segment with the launch of the Ray 125. The scooter is most likely to be introduced around the festive season in September. The 113cc engine will be bored to produce a new 125cc engine which will offer a balance between power & mileage.

Currently one can choose between the Honda Activa 125, Suzuki Access, Swish, Mahindra Rodeo & Duro, Vespa LX & VX and the recently launched TVS Jupiter in the 125cc segment. With consumers graduating from lower cc scooters to higher cc, the ideal choice is only the 125cc.

Yamaha is looking to tap customers who graduate to next segment and position the Ray as a premium offering with a disc brake option, LCD display fuel gauge & odometer. In terms of styling, the scooter will carry the same Ray profile and may get a LED tail lamp.

Yamaha India also showcased the FZ-S concept (FZ version 2) bike which will replace the current FZ series and the R25 concept bike at the Expo.

Yamaha need to focus on the commuter segment and strengthen the sports segment to improve the sales performance in the Indian market. Rivals like Honda, Hero and Bajaj are working on new products which will dramatically change the two scene in India.